New hargeisa is in hargeisa

waraabe said:
New hargeisa is in hargeisa
Click to expand...

I know but all 300 houses are being built in this district. This development is 100% centered around New Hargeisa
and it is HY families that will benefit from it... after this venture I want Daryeel to expand to the east perhaps
Oodweyne, Maydh or Ceerigaabo or west Burco will be the next project. 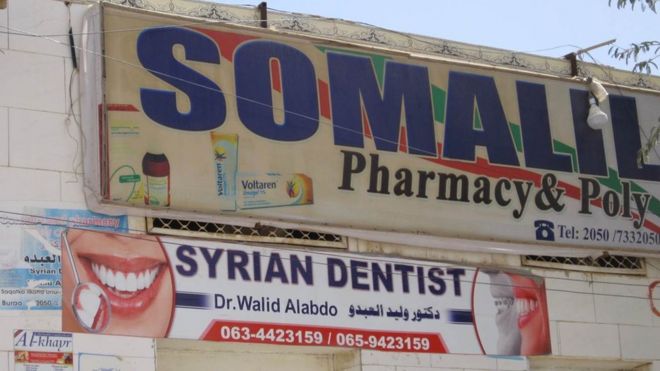 During every visit to the self-declared republic of Somaliland, I notice something new. This time, there are even more multi-storey shopping malls, hotels and luxury villas in the capital, Hargeisa.

Just two decades ago it was known as The Dresden of Africa, the city pulverised by repeated aerial bombardments, its population gone, seeking refuge abroad.

A Saudi fast-food chain has arrived - cheeky red and yellow signs advertising fried chicken with an assortment of unhealthy trimmings.

But most of all, it is the Syrian dentists.

In the far-flung town of Burao, where nomads are losing livestock to a devastating drought, I see signs displaying pictures of dental disasters.

Mouths with wildly crooked, discoloured teeth and gaps where others are missing. All miraculously transformed into sparkly white Hollywood smiles. Above these images are the words "Syrian Dentist". 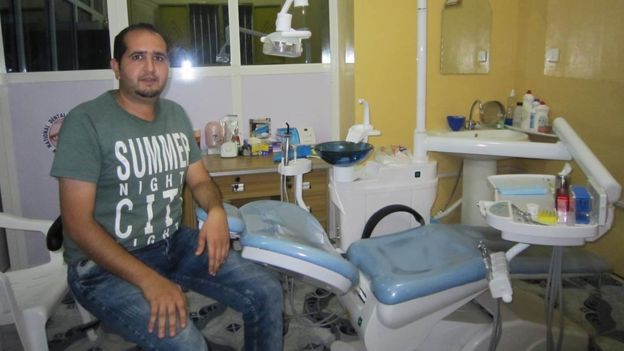 It is the same back in Hargeisa. It is prayer time in the next-door mosque as I step into a building advertising the dental services of a Syrian.

A young Somali woman stands behind a counter filled with toothbrushes, floss and other items I do not know the names of but clearly relate to oral health. She asks me to sit.

After prayers, a Syrian man with an open face and a green T-shirt invites me into his consulting room. There is a modern white dental chair with blue plastic cushions. Posters on the wall show cross-sections of teeth and gums.

A glass-fronted wooden cabinet displays neat rows of drills, picks, forceps and other worrying-looking implements. On the side of a sink sits the mould of somebody's mouth and teeth.

"My name is Hosam. I come from Aleppo," the man says.

I ask him how on earth he ended up in Somaliland. He explains there had been no point going to Turkey, Lebanon or Europe because of the difficulty for refugees to find work suited to their skills.

"I went online," he says. "I Googled places that don't have dentists. The first one that came up was [Somalia's capital] Mogadishu. I went there with my wife and baby, without knowing a single soul, only to discover it was like Aleppo. But there was one difference. My earnings trebled.

"We heard there was safety in Hargeisa and other Syrians living there, so we came here. We have a small community here of doctors, dentists and engineers," Hosam adds.

I meet another dentist, this time from the Syrian capital, Damascus. He has a long, sad face.

"I remember a top United Nations man warning that Syria would become the next Somalia. And now I am here. Of all places," he says.

He looks me in the eye.

"You are British, aren't you? Your people don't want us. But Somalis do."

And it is true. I did not meet a single Somali who wished away the Syrians. Or the Yemenis. They told me how, during the civil war in Somaliland, many sought refuge across the sea in Yemen. Some rebuilt their lives in Syria.

Then the world turned upside down and people started coming the other way. 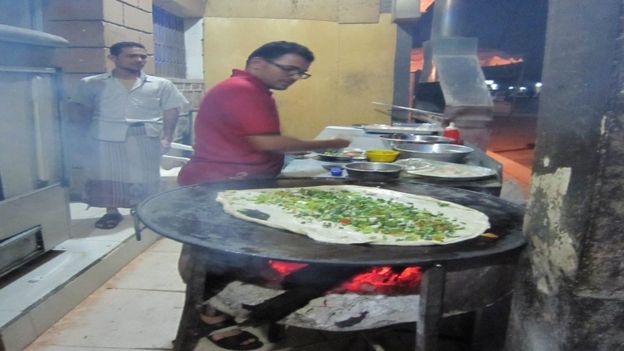 "The wars in Syria and Yemen are unfortunate," says a Somali friend as we speed along a freshly tarmacked road, linking Somaliland's capital to the coast.

"But in some ways those conflicts have been good for Somalis. They have brought us people with skills we do not have. This smooth and amazing road, for instance, was built by Syrian refugees.

One of the other things I noticed in Somaliland are the new Yemeni restaurants.

They are not much to look at, with their greasy tablecloths and smoky walls. But the sizzling beans in the battered tin dish are out of this world.

As is the huge circular flatbread cooked on a giant hotplate, spread with fresh vegetables, spices and eggs, then wrapped up into a scrumptious parcel.

"We called our restaurant Happy Yemen," says Faiz, who tells me he worked as an English teacher back home. "But there is nothing happy about Yemen now." 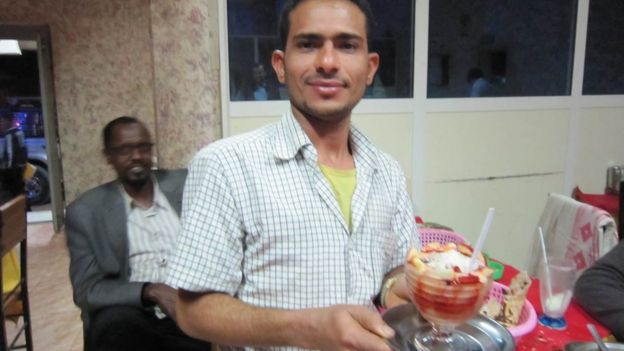 The restaurant workers tell me they had no problems setting up business in Somaliland.

"We have to have a local partner," they explain. "And, like everywhere else in the world, money talks. But the Somalilanders have really welcomed us. They lived through war and now they want to share their peace with us."

'Missing Aleppo'
My belly is completely full, but a 16-year-old boy insists I have something special from home - a Yemeni dessert. It is presented in a stemmed glass bowl, pureed fruit decorated with nuts and chopped apples.

As I eat the sweet pudding, my mind drifts back to the Syrian dentist from Aleppo.

"I wish you spoke Arabic," he told me, "instead of us having to communicate through your kind Somali friend who speaks my language."

"Because the emotion of what I am saying is lost and I want you to feel it. I want you to know that Aleppo is always on my mind and in my heart. Aleppo will always be my home."
Click to expand...

That's type of people we want them in Somalia not Oromo/habashi beggars.

That's the sort of people Waraabe wants to invite.

Because he grew among them and never saw better society/ communities. They are the best according his experience.

Canuck said:
Because he grew among them and never saw better society/ communities. They are the best according his experience.
Click to expand...

Don't derail naaya. I see no difference between Oromo beggars and dhulo beggars

VIP
Amazing! Can't wait to be back home

Hemaal said:
Amazing! Can't wait to be back home

When was the last time u went there

But in this case it's somaliland.

waraabe said:
When was the last time u went there
Click to expand...

This time 2 years ago! There's always something to see back home, I'm thinking of a more permanent stay now though, in 16 months when Berbera’s port is capable of handling ethiopia's cargo i want to be there to make some $$$

He could have just gone to Germany and claimed welfare like 99% of Syrians,