What would you do if you were the president of Somalia

Here's what I will do
What would you guys do. also I forgot make military service mandatory for all men

How about agnostics? I've never said anything bad about Islam

ethan bradberry said:
How about agnostics? I've never said anything bad about Islam 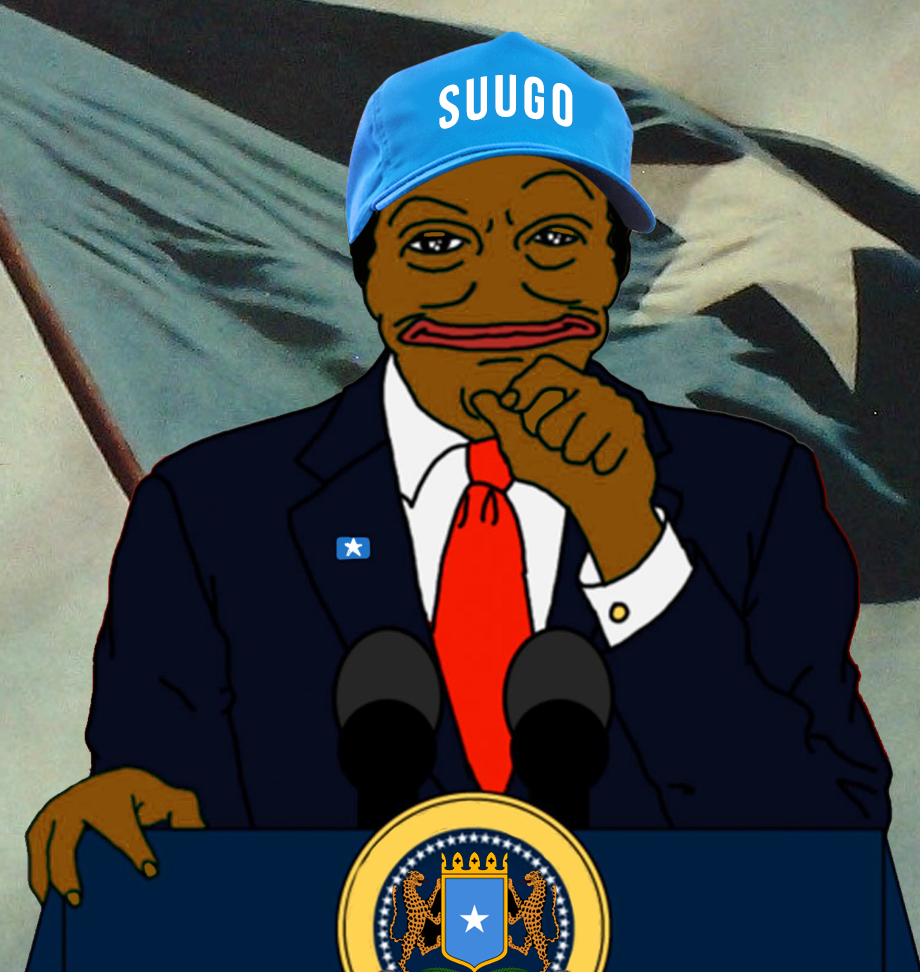 Why change the writing script to the Arabic?

Build and recruit for an army, Buy
or make vessels for a Coast guard -
Secure the waters

Outlaw extremists and the wahabi imams

Keep out- UN and AU troops out

Tell - Kenya to do one and gain control of the NFD region
:siilaanyosmile:
S

VIP
If I was President I would

1: Create a merit based security and fire anyone who fail or even is suspected of not meeting the demands. Security would be my one and only focus.


These are nice to do:

2: Hold summit and create a constitution and put this constitution to a vote. One ultimate is that the President must be elected by the people and can fire the PM and any other member of the federal government at will.

3: Hold election for Parliament in a single district in the places under government control, legitimizing any other government.

5: Fund education and military and the beaucracy as the three main priorities in any budget.

Everything else I leave to next President

VIP
@fardowsa come get your mans

I wouldn't want to be president. But instead be behind the president.

3 things I would advise him on as CEO of the biggest private equity fund in Somalia:

2) Eliminate taxes for Somali Owned enterprises that are involved in natural resource exploitation.

VIP
I would award me myself and I Sanaag. I will own Sanaag.

wiped out one random qabil, so everyone knows I mean business

Well if I was president I would make sure of that Qabyaalad must die, but not Qabil.
These are my main goals to ensure Somalia and all its other feudal states see nabad iyo Barwaaqo.

1. Draft a new constitution not based on democracy nor on any status quo political systems, but rather based on the old traditional system of Heer.
2. Equally distribute governmental powers to all clans and their provinces.
3. Every Somali has to partake a one month paid mandatory service in rebuilding food sectors and military infrastructures of the Greater Somalia Project.
4. Ensure food and water security is met before education, you can't teach hungry and angry people. This means we need to ensure self sufficiency before we can play Mr. Global Power.
5. Be neutral with all nations of the world especially with our neighbours as this would ensure we have time to rebuild our country to meet the needs of our nation.
6. Make sure we are investment friendly and also neutral with all international corporations.
7. Hold a conference with neighbouring East African countries to make sure we have bilateral trade and peace agreements.
8. Political parties founded to have been funded by Anti-Somali funders shall be brought to trial and can face a ban from politics.

These are just the many things I would need to fufill if I was president of the New Somali Republic.

1. Improve the literacy rate
2. Make kids from all corners into poets and televise/distribute their works to the public for reconcilation purposes.
3. Dedicate a sizable chunk of the budget towards security. Form another spy agency focused on bringing down Ethiopia/Kenya/UAE's network of spies/stooges
4. Repeal and replace one sided deals
5. Rebuild our Agriculture/Manufacturing/Mining industries
5. Set aside a fixed percentage of the GDP to create a drought emergency fund to save rural somalis
5. Use the oil royalties to invest in Somalia's future by making post-secondary education free
7. Give out loans to Local/Diaspora somalis who want to start a business
8. Focus on bringing down the infant mortality rate and maternal mortality rates
9. Upgrade roads and build new ones to make it easier to do trade between cities/gobols
F

He thinks he is Omani

That shouldn't even be a priority considering the state of Somalia