How are intersexual people treated in Somalia? 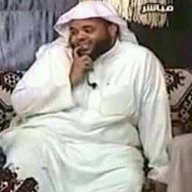 How are they treated? do they wear the hijab? do they get to choose their gender?

henni said:
How are they treated? do they wear the hijab? do they get to choose their gender?
Click to expand...

You forgot to tag @draco the drag queen cross dresser. He/she is transniggis

There were 2 twin boys where I lived. They had both genitals of both sexes. One had female manners and the other more male. He the one that seemed like a female copied his/her brother and wore pants shirts he didn't grow breasts though. Some of the boys that played with them saw one of them. He had tiny balls below maybe the vagina. Idk how that works praying behind them.

Let Them Eat Cake
VIP
I am freaked out by them.