VIP
I heard about the ethio forum mereja from this site (lol it was the hawdian thread on Anonymous btw) and I was just perusing the site. what I notice was that they had similar themes to all the somali forums which included:

Which Qabil is less/most bantu ( they have bantus?)
Which qabils are actually foreign
Which qabils have the most prostitues
Deep resentment towards the Qabil in power
A lot about the AU raping ethio women (wtf?)


Honestly it was like a carbon copy of a somali website, either somalis are infiltrating the website and pretending to be ethiopian/Eritrean, we influence them in ever facet or our cultures must be very similar.


I was genuinely disappointed yet surprised. I wonder if other african websites are like this? 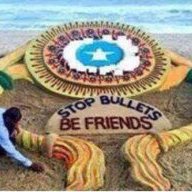 Ethiopians (Semitic ones) are racist and tribalist to the extreme.

Ethiopians (Semitic ones) are racist and tribalist to the extreme.
Click to expand...

They referring to ethiopia being AU HQ and ethiopian women being used by bantus from the AU. I believe it was an Eritrean saying that. Smfh

nucleus said:
They referring to ethiopia being AU HQ and ethiopian women being used by bantus from the AU. I believe it was an Eritrean saying that. Smfh
Click to expand...

Eritreans are not to be trusted when it comes to Ethiopia. Oromo are the most honest people who have few political reasons to make shit up.

I thought the AU merely hosted events and meetings there? I didn't think they'd have a military presence beyond the odd guard as Ethiopia is so heavily militarized. Something's not adding up. It's the TPLF who go around raping and killing Ethiopians.

VIP
The French keep raping little kids in Africa and the Georgians too now!

Etc etc.... I couldn't find the AU comment but I didn't really understand it to well myself so I didn't get what they meant either.

KowDheh said:
The French keep raping little kids in Africa and the Georgians too now!
Click to expand...

Foreign troops of any kind are a danger to society.

These 'people' will never be punished.

VIP
They're so up themselves for a bunch of serfs who have the world spoon feeding them for 500 years. All the oppressed people in that country are the ones who do all the work. The ones making fun of them are beneath contempt.

Why do UN people think soldiers are a different breed of uneducated men? They're recruited from the same social class as jihadis or drug cartels so why think they'll behave differently once offered impunity and absolute power?
I

VIP
The Somalis on that shit are weird

VIP
Yeah fadhi ku dirir is not just concentrated to somalis. But I was surprised at how similar everything was. Like an exact carbon copy of the xaar that's posted by somalis. Bantus/famine/****ty women/ who gets raped.

When did ethios learn about bantus, I curse gaalada for making up yet another special word to demean people. I find Madow a better term wallahi, it's what they call themselves and it's not as othering.

VIP
Nothing to do with white people, it's Ethiopian grown racism. They call anyone Madow 'baria' and Amhara in particular think that they're a superior race.
G

Every forum believe it or not is virtually the same in it peoples quest & competition to post the most controversial, trolly ,rubbish.

Since people are anonymous they can only pick on eachothers ethnic,clan,religious,social etc differences. All in non seriousness of course.

VIP
So you're not seriously worried about Bantus taking over Somalia.
G

KowDheh said:
So you're not seriously worried about Bantus taking over Somalia.
Click to expand...

I am serious about Somalis full ownership of self and defining Somali identity.

VIP
What if they stayed and called themselves something else?

Nine kitaabs on a bookshelf

VIP
There are no Bantus in Ethiopia but there are plenty of Shankella/Baria which is a derogatory name for the dark Nilotic folks in the west and south west.

KowDheh said:
What if they stayed and called themselves something else?
Click to expand...

The question is really not about Staying. The question is about what is beneficial for both parties in terms of total Social cohesiveness?. I dont advocate for repatriation of Bantu's for chauvanistic reasons like many assume tbh

Somalia will gain trumendously from being ethnically & culturally homogenous nation in terms of avoiding these conflicts. We already have issues with clans, you want us to add ethnic differences as well?

Especially when it is avoidable. So the question becomes why are you against them leaving? Especially when they will land in a country where they will get inclusion They need and live peacefully with people that do not view them as foreigners.
Last edited: Jan 31, 2016

VIP
I understand all of that but they've repeatedly made it known that they're not going anywhere. They don't want to go to Tanzania, and I don't wish to see Bantus stranded at sea and starving like the Rohingya of Burma. I think we can get along as country folk as long as there are measures in place against violence.

Hindus and Muslims have fundamental differences. One eats the other's God. If that fundamental religious difference was missing, India would be homogenous and cohesive. 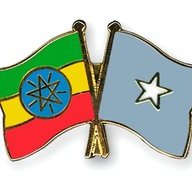 Tell them to make an Ethiopian version of Somalispot. Using these 1998 sites is just embarrassing