"The Guide to Astronomy" 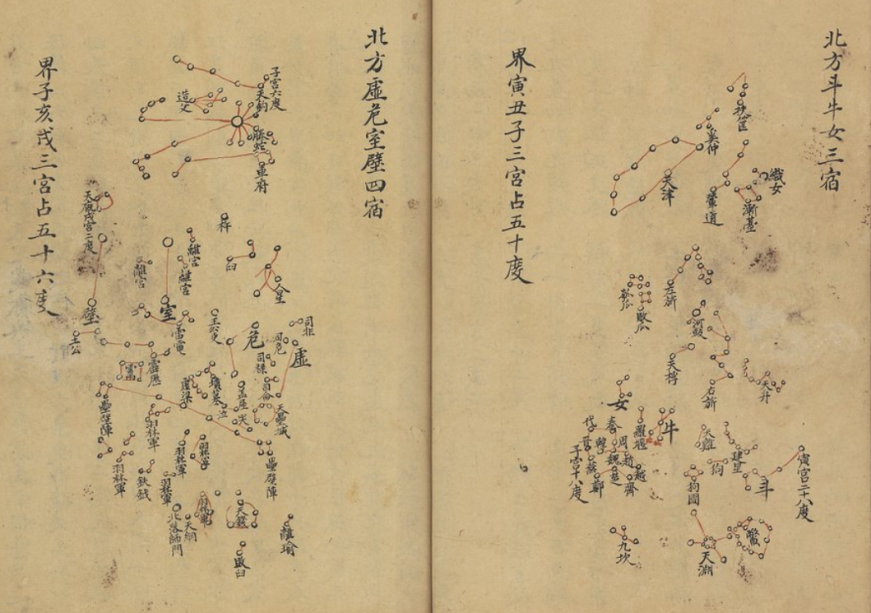 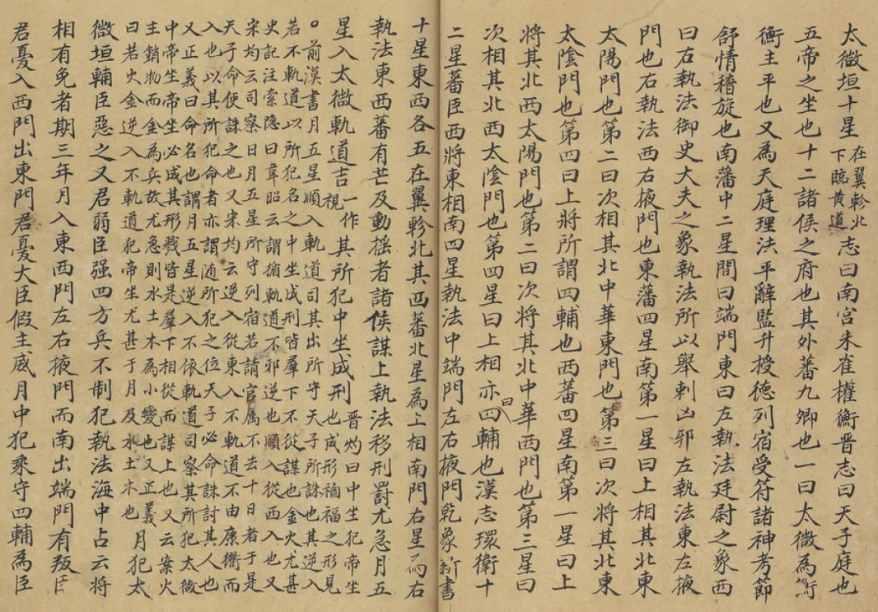 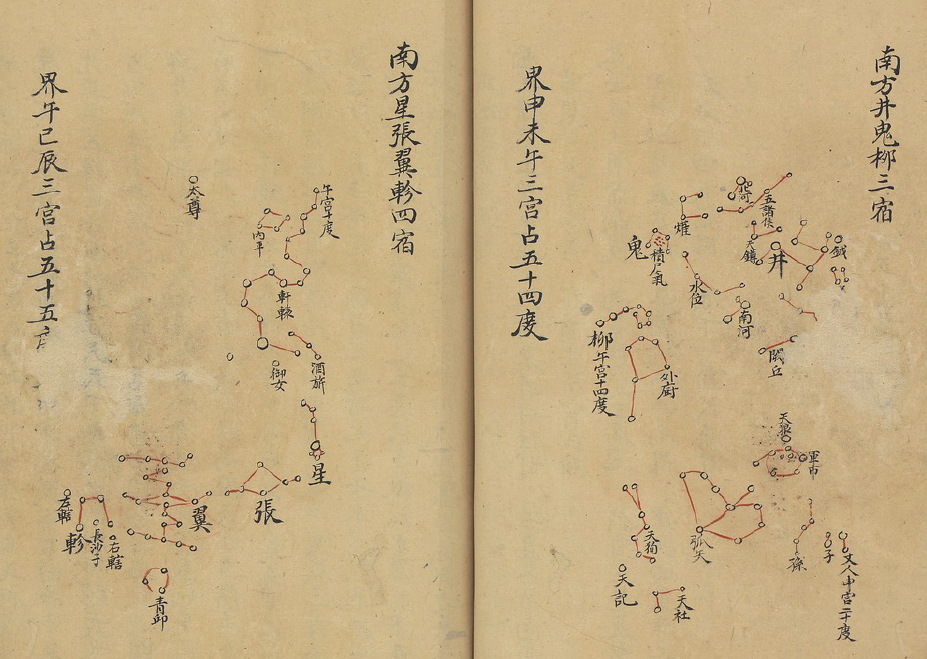 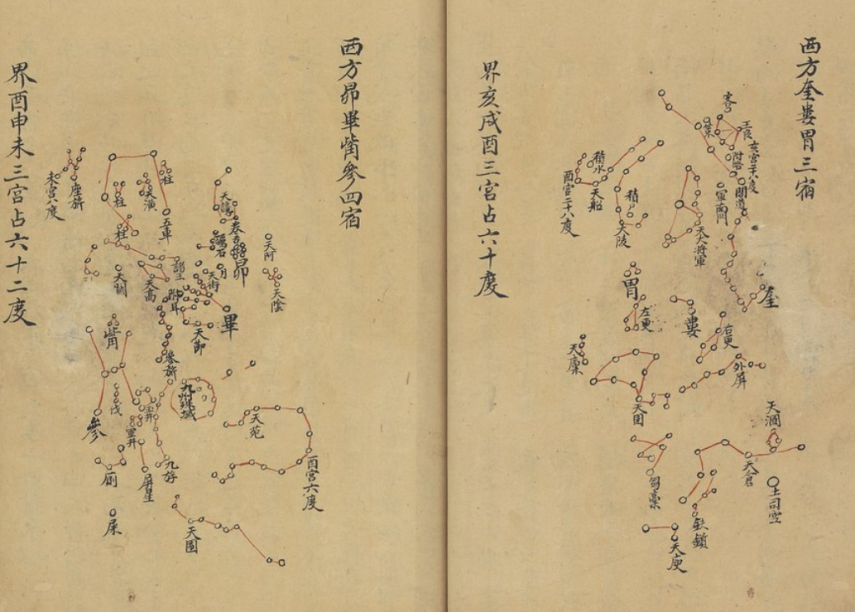 This handwritten copy of Tian wen bei kao (Guide to astronomy) was made in 1790 by Pingbo, whose seals are on the cover of the first of the two juan. No other information on the copyist is available. Juan one is a collection of texts taken from Xing jing (Star manual) by Shi Shen (circa 350 BC), Tian wen xing zhan (Astronomic star observation) by Gan De (between 475 and 221 BC), Shi ji (The records of the grand historian), Tian wen zhi (Astronomy treatise) in Han shu (History of Western Han), Sui zhi (History of the Sui dynasty), Tian wen zhi (Astronomy treatise) in Jin shu (History of the Jin dynasty), and Bu tian ge (The song of the marches of the heavens), a sixth-century astronomical poem, and other ancient works. Most of the texts are from Jin shu tian wen zhi and Bu tian ge. Juan one focuses, with illustrations and verses, on the three stars in the Chinese constellations called zi wei yuan (Purple Forbidden Enclosure), tai wei yuan (Supreme Palace Enclosure) and tian shi yuan (Heavenly Market Enclosure).
Click to expand...

The unknown author discusses the different theories about these stars and the differences between those in Jin shu tian wen zhi and those in Bu tian ge. The text also introduces the 28 Chinese constellations through cang long (Azure Dragon) in the east, xuan wu (Black Turtle) in the north, bai hu (White Tiger) in the west, and zhu niao (Vermillion Bird) in the south, each having seven constellations. Also included are inscriptions of divinations and rhymes, as well as one or two illustrations for each constellation. The positions of the constellations also are given. Juan two first introduces the seven planets (the sun, moon, Jupiter, Mars, Saturn, Venus, and Mercury.)
Click to expand...

The information provided comes mostly from the ancient works, such as Qian Han shu (History of the early Han dynasty), Shi ji, Sui shu (Dynastic history of the Sui), but it is more detailed than that given in the first juan. This part of the work also provides information on various stars and continues with the theory of fen ye (field allocation), explaining the association between celestial regions and corresponding terrestrial realms in Chinese astrology. The work contains illustrations of the timetable of day and night with explanations of the locations of the sunrise and sunset. It concludes with miscellaneous observations on astronomy. The contents are complex, and include world views, sayings of ancient schools, such as Laozi, and views on the lunar and solar calendars. The work also mentions the Milky Way, the motions of qi zheng (the seven heavenly bodies, or governors, on the theory of the different phases of the moon’s waxing and waning), and the moon and the Central Star.
Click to expand... 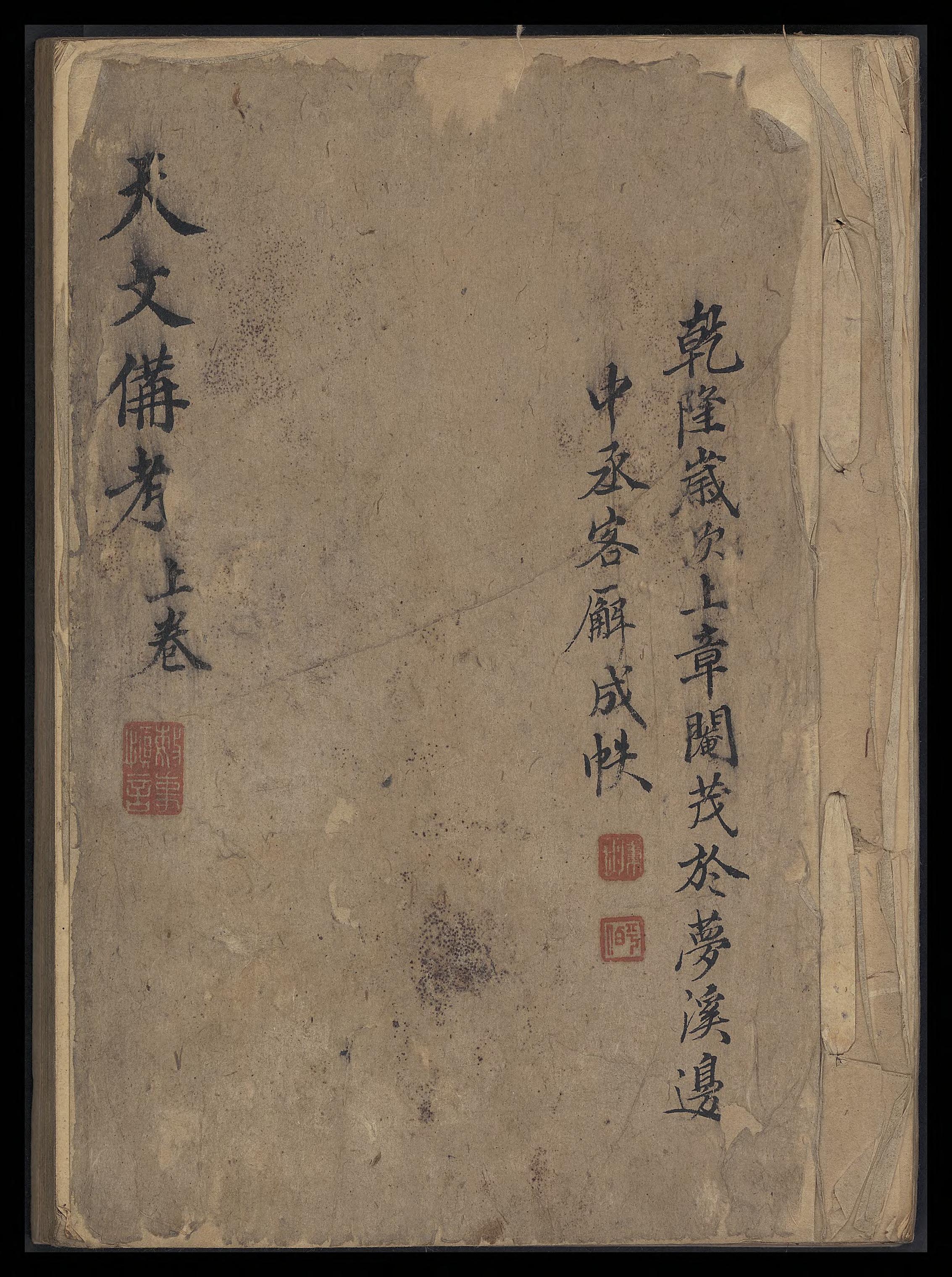 This handwritten copy of Tian wen bei kao (Guide to astronomy) was made in 1790 by Pingbo, whose seals are on the cover of the first of the two juan. No other information on the copyist is available. Juan one is a collection of texts taken from Xing jing (Star manual) by Shi Shen (circa 350 BC)...
www.wdl.org
Last edited: Jul 24, 2020