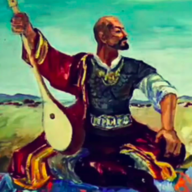 Somalis can def make it in basketball if it was a dominant sport in the culture. They wouldn’t be super athletes like Bron and Zion but I don’t see how you can’t have Somalis with a game like Lou Will (he even looks Somali a little bit lol) in the league.

As for 75% of NBA being black it’s actually been decreasing slowly each year and genetic differences aren’t always the reason. Early NBA was dominated by Jews because they were the ones living in New York City ghettoes at the time, then as Black people moved to inner cities in LA NY and etc they became dominant force in NBA. I would say only West and north Europeans are disadvantaged due to their short arms. Meanwhile there are dozens Yugoslavians in NBA (increasing too) because basketball is a dominant culture for them and they usually have lanky long-arm builds
You must log in or register to reply here.
Share:
Facebook Twitter Reddit Pinterest Tumblr WhatsApp Email Link