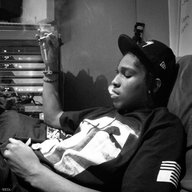 Why would Somalia complain to the UN about something that they approved themselves.

embarassing said:
Lol no matter how many times you explain it to him he will continue to deny reality. Waste of time. One day he'll let go of the delusions.
Click to expand...

Stop with your bs, we gain nothing from re-uniting with a state like Somalia. I will always believe that until there is a complete political change and al-shabab doesn't exist.

Saahid Qamaan said:
Lordilord I wonder how you are going to explain this one below.

Saahid Qamaan said:
embarrassing they won't get it. Somaliland just recently stopped to call Foreign country Ambassadors to Somalia as Ambassadors to 'Somalia and Somaliland' though they presented their credentials to President Farmaajo.


The UN split up aid/development into three areas South Central, Somaliland and Puntland with the latter two at the development stage and assignation by the dual track policy by Obama administration whereby they dealt with Puntland and Somaliland separately. A special arrangement was also in place for Somaliland in the Somalia Compact New Deal.

Now as other States are emerging those old arrangements are no more applicable. Somaliland and Puntland got it because they were seen as stable and ready for the development stage.

The FGS was also scrapping and demanding that arrangements go through them. They pressured aid agencies and were accused by the States of politicising aid especially by Somaliland.

After fall out FGS withheld $1 million intended for Jubaland State as a political and financial measure to penalise 'rogue' administration and bring it in line with FGS policies.
Click to expand...

I am not talking about aid from third parties, it is well known that pretty much the only cooperation with Somaliland and Somalia is when it comes to aid. It is usually done by third-parties and Somaliland is in no position to deny aid..

I am talking about trade deals with foreign countries, you show me a World Bank document?? Is this the control Somalia has on Somaliland?.. Stop embarrassing yourself saaxib... These documents are a mere formality for the well being of Somalis regardless of state and you know this, to twist it into something else is a lie.

Saahid Qamaan said:
Lordilord I wonder how you are going to explain this one below.

Saahid Qamaan said:
Everything has to be approved by the Federal Government of Somalia. Such as new airport or large infrastructure projects.

Somaliland sends middlemen to get those documents signed concerning aid agencies and governments.
Click to expand...

Saahid Qamaan said:
Lordilord the FGS has to approve first before region or federal state can sign as sovereignity lies with the federal government in Mogadishu. They complained because the UAE violated the sovereignty of the country and it is no brainer that they had to watch their steps and use the right channels.

They have been humbled by the FGS not only one occasion but multiple.
Click to expand...

You don't have permission to view the spoiler content. Log in or register now.
I thought the deal was null & void? what happened? Where is the middleman? Who is really getting humbled?

It's as if you make it easy on me on purpose...You better come correct saaxib or I will call you out..