Obesity Epidemic among our Xalimo's out of Control

VIP
In the past it used to be "oh she got married" hence why she morphed into a landwhale or she had many kids and it was the stress of bringing them up (back home they still remain slim/normal after 12 kids), but this poisonous trend is now affecting more and more young single women relative to the males.

What shocked me the most on a recent visit to an old neighbourhood where the majority of the women (2 years ago) were mostly slim or flirting with mild anorexia, now 90 % of them morphed into baby elephants unrecognisable from before.

A simple trip to any major shopping centres in large cities you see the same results, roughly 3 out of every 5 that you see is obese (this is ignoring the habro's that are virtually all obese)

The worst part of all of this is that they are generally not perturbed by it one bit unlike women from other races that try to change their conditions and if they fail fall into depression/self-loathing.

Our desperado Xoolo males that falsely compliment them for this also somewhat fuel this, what's interesting is that all the Xalimo's I know that are married to foreigners are in the normal/slim ranges even after giving birth several times, you rarely find a obese one and the few times I did she was divorced soon after.

Is anyone else perturbed by this growing epidemic ? I used to remember when I was young, the dirac's used to obfuscate and hide the obese women's fatness expertly and make her appear slim/normal. 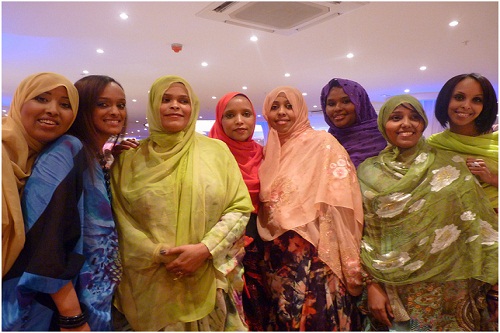 This post is dealing with the younger generations not the older +35, the majority of male's that I see are slim and look healthy, it's apples and oranges, you have the odd obese one among them but they make up a tiny minority.

Even the calool kuus your talking about is nothing compared to that gigantic tub of lard that's dangling from the ever increasing number of young Xaalimo's guts which 10 large foreheads could fit in.

It's a very disturbing sight to see 90% of the young women in my old neighbourhood that used to be all slim become obese in 24 months.

Inquisitive_ said:
I used to remember when I was young, the dirac's used to obfuscate and hide the obese women's fatness expertly and make her appear slim/normal.
Click to expand...

Who taught you this?

VIP
Blame Somalis who insult you if you're an caato woman! You can't complain now.

All day over some laaf xalimo

Nacalaa not you too fuckin hell mate. Our resident chubby chaser @Transparent you have company saxiib you lost your monopoly on fat Somali women

Gambar said:
Blame Somalis who insult you if you're an caato woman! You can't complain now.

Caato women nasty their bony hips poke you in the bed, no fat to grab onto

GodKnowsBest said:
Who taught you this?

Depends on if you're thick or baruur. That's normal for a thick woman IMO.
L

@Reiko eddo this man as some knowledge that you need

If she ain't got no cellulites then she gotta go, somahaa sxb

yuusufdiin said:
the english poisoned the native americans with alcohol and the italians poisoned us with suugo

There whole diet consisted of sweet potatoes, corn, sorghum, legumes and the 10% was mostly fruits with the favourites being banana/papaya/mango, meat was a luxury item for mostly the wealthy classes whom surprise surprise were all fat/weak and mostly unhealthy.

They did study on the bones of gladiators and they found out they were barley man (the bulk of their diet was barley, they were all vegans) keep in mind these were the most powerful people back then (barley is loved by our prophet), even the roman legions forbade meat to their infantries, they diets were all starch based.

I remembered more then a decade ago when I lived back home my mum would cook the same starch based diets, oats, rice, pasta, sorghum, sweet corn, potatoes, legumes, couscous etc with no meat or diary. That was the strongest and healthiest I ever was with not a single layer of visible fat.

Then when I moved out, it was steak for lunch, mixed grill for dinner and lamb shank as a snack, followed by pancakes for breakfast, went from a lean 175 pounds to 240 pounds in a short space of time, severely unhealthy, never-ending brain-fog etc until I switched back again and dropped 50 pounds.

I recommend this video to everyone suffering from obesity, I tried so many FAD diets (from paleo to low carb) not one of them worked to shed the pounds instead they made everything worse (no energy to even do a basic workout).

GodKnowsBest said:
Who taught you this?

But ur a lil thicc abayo macan, as long it's all proportional then it's all good.
Y

Start fatshaming before its too late