kickz said:
Those Amisom troops will be withdrawing soon sxb, no need to act tough
while they are around

the last massacre, no kenyans amisom was there.

Ferrari said:
as believable as abduallhi yusuf going to jannah. 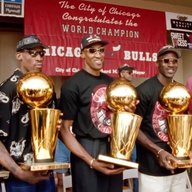 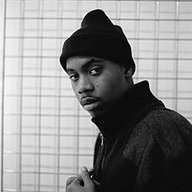 it ain't never that srs guys 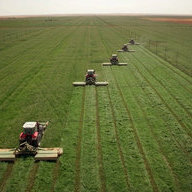 May I never side with the people that are committed to robbing our country even if its my own family.

May I never side with the people that are committed to robbing our country even if its my own family.
Click to expand...

If he was evicting pious people from jannah, we would support him and die for him.

it ain't never that srs guys
Click to expand...

Yeah, I am gonna have to agree here

Abdurahman_somali said:
I think this is one of the most submissive speeches from a Somali leader so far

the same dabayaco who brought Ethiopia to xamar, setting the precedent of foreign troops being brought to Somalia, have a nerve talking about treason.

The same dhab.ayaco who sold our seas through abdi buur here talking about treason.

Madoobe was planted and propped up by the Kenyans why would he not support his masters.
F

Ferrari said:
Absame has 21 seats, sade are next with 19.

harti dhan got 7 and how many of that is MJ?

actually ahmed decided to go from 65 to 75 and gave absame more and ahmed is planning to increase to 110 to give Absame more control ad Mohamed Zubeer refused the 75 mp increase,

so harti do not have 7

but then if you count leelkase and cawrlmare they have 4

cawrlmare waa shatabn, one day they claim to be part of warsengali harti, next they day claim to be hawiye, they play the harti card when it suits them but when harti is atatcked they said hell no, you are on your own

MJ used to make lots of clans like gaaljecel, leelkase, cawrlmare etc harti so they can use that beef up a strength to face Just Mohamed Zubeer, not even Ogaden in times of war and elections, harti did this in the 60s, but regadless they were still outnumbered


so in short, Mj has 1, dhulbahante has 1, warsengali has 1 and leelkase has 1 if you want to count them as hab harti though they are just another darood

every degmo has 4 mp except for kismayo which ahmed increased to 9 so it can be share by Ogaden, harti, MX, shekaale, etc

but we want around 6 MPs per degmo and kismayo should have 20, the old man is open to the idea but its only halted due to too many demands on cash we dont get from fake central gov to pay these Mps, but once stable we plan to increase to 110 MPs insha Allah

but so far its 75 official Mps and 10 extra the president can give to langabs with out votes, this si where the leelkase and cawrlmare and hubeer and dabare comes from,

hubeer, Tuni and dabare are Eley clans who used to claim mohamed zubeer as projection and look after the cameles for us, like slave=-master relationship but with kindness from Ogaden who would let them live peacefully and not required to field men in times of war, but herded our animals, tilted the farms,

Ogaden has always been kind to those under his protection,

marehan only gets Mps for gedo, originally they only had 12 Mp, only 3 degmo out of 6 degmo in gedo, but ahemd is too soft and kept heaping extra non voted Mps for them from the presidential allocation and 1 from kismayo

even in siad barre days, kismayo degmo was alwasy Ogaden govenor and the Mps shared between Ogaden and Mj

kickz said:
Sxb he is a Kenyan stooge, dude has never lived in Kismaayo before coming into power
Click to expand...

stop lying, ahmed is half Mj and was born in Mudug as his dad was a famous sheikh who left Qabri-dahar and was teaching reer mudug deen, then after a few years he was sent to Ogaden to learn real af somali and Ogaden culture and immersed in his history and heritage

he even married my mother's first cousin, she had his oldest son/child for him

my mother has a picture at home of us in 1993, me, his son then baby son, ahmed madoobe, his wife who is my aunt and my mother,

when he comes to nairobi, the first people he visits are my grand parents who raised him, this is even before he meets kenyan and UN leadership

kulaha he did even even live in ksimayo, do you get these info out of your back side horta or do you wait to verify facts

cut the cuqdad before it kills you kid,