VIP
Highest ranking commanders of Sanaag were sacked from Somaliland after refusing to send soldiers to Badhan and refused subsequent order by Nuux Tani to go to Ceerigaabo for consultations.

The people saw through the tactic and the highest commanders resigned from Somaliland.
Last edited: May 28, 2019

VIP
The people of Sanaag are united.

It is also true that it will never be like Sool.

The Government of Puntland has a golden chance.

Somaliland for the first time entered Sanaag region out of their clan sphere 3 months ago and got a foothold in Yubbe not that far from the region's capital Ceerigaabo after fall out from Puntland elections when aggrieved subclans lost their bid to get seats in the Puntland Parliament.

The Somaliland administration under Muuse Biixi tried to take advantage of that fall out and invited some elders to the capital of Somaliland Hargaysa.

Now with the commanders and local troops going against it Somaliland's take over of Sanaag is in tatters now.

Some say former Somaliland officials have left Hargaysa to mediate and get the troops and commanders back under Somaliland.

But the question is with the same issues present it looks like Muuse Biixi's gamble has backfired as the locals will not stand for attacking their people and potential displacement and fighting in their towns to advance Somaliland's sphere of control.

VIP
Outspoken and insightful as usual

Made it on the first agenda of Puntland TV 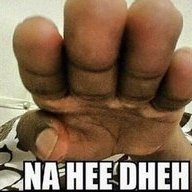 VIP
They werent sacked but quit.
Cidaanka SL are not in yuube district.
Xayle alone had 4 divisions of 100 each. He was the primary mediator in Ceel Afweyn clashes

VIP
Suldanka there are different reports some say tgr y quit others say they were sacked.

If you watch Garaad Cabdullahi Cali Ciid's message he says they have been sacked after refusing orders to attack Badhan.

Anyhow it is welcomed news.

VIP
Suldaanka they were at the outskirts as they injured a woman few days ago when they entered town chasing youth who recorded Yubbe residents and asked them about Yubbe's take over by Somaliland few months back.

VIP
Where are each side based in as of now?

Sounds like alot of cabaad. The people of the eastern corner of Sanaag shouldn't have supported the Somalia Jabhad of Caare

Juuqbuuqluuq said:
Sounds like alot of cabaad. The people of the eastern corner of Sanaag shouldn't have supported the Somalia Jabhad of Caare

VIP
Farm Somaliland will run off if locals are not suding with them.

Otherwise they will get slaughtered.

VIP
Suldaanka he's a troll and should not be engaged.