VIP
I think Puntland really needs a strong security strategy regarding shabab in galgala mountain. The security challenges we are facing are not like mogadishu, they use a different tactic(insurgency). The tactics employed in Puntland are conventional warfare, they actually hit and run attack our military using the mountain as a place to return to regroup.

I think we need to set up checkpoints going into Galgala on all sides. Inspect all vehicles for weaponry, explosive devices, and make sure no dangerous weapons goes in and out of that place. Sooner or later they will run out of weapons and won't be able to form attacks. We should have PIS agents in plain clothing stationed in hawalas to monitor suspicious money transfers, in the market place especially for items used for IED, in mosques, schools, tea shops. We need eyes in each each district of bosaso where they tell us of any new people entering the town and immediately report to security service.

We need to hold clan elders, religious leaders accountible for not reporting any suspicious behaviors. Extremism doesn't happen over night, it's a process. We should use identifiers to immediately recognize when someone is being radicalised. For example if they start seeing people who have isolated themselves from their community such as associating with people like they used too, playing sports, going to the tea shop, our plain clothed PIS should look for those identifiers and report them so they can be closely monitored, possibly lead the agents to even a bigger network that they weren't aware of such as 'religious instructor', finance source, equipment supply source, different members in the network, etc.

I honestly think Puntland can easily defeat these people but we need a strategy. Please contribute your strategy to defeat these terrorists.

My strategy basically focuses on checkpoint in the mountains to inspect movement of goods and supplies, this will basically starve them out of from getting ammunition, guns, etc. They will then revert to the mogadishu style attack by doing an insurgency and laying IED and Explosive devices. To counter this I believe we need 'eyes' in the community that look for key markers of people radicalising, so they can be quickly monitored. Then we need eyes in major sectors where they source their supplies, for example IED need batteries, then put an agent in the market where batteries are sold to identify suspicious purchases battery, have an agent in the hawalas to identify suspicious transactions. Cut their human supply source by having agents in each district of Bosaso to watch for people who are behaving suspiciously, cut away from family/friends/ only attends mosque not other social activities.

When an attack does happen, study those attacks and look for patterns that we missed previously and add that to our strategy in the future. I really want to know what the investigation strategy is when something occurs.

My strategy is to basically attack them on all corners using a preventive style approach, get them before they actually do harm. Eventually they will see that their attack success rate is lowering. they cause it continously keeps getting foiled and prevented, some may slip through but as your strategy evolves and new tactics are developed plus experience grows, you can see how it will start to become a once every 5 year explosion. And we just keep working them over and over and making it difficult for them to carry out their plans because our plans are far superior. 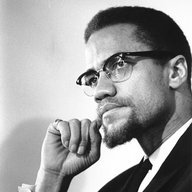 The price of freedom is death

I think the biggest issue is that the government doesn't really have much power.

If you try to identify extremists and punish people who don't speak up, you will be overthrown quickly as clans will hate you and won't cooperate with you any more.

Checking the movement of goods is excellent idea although galgala is a town with sea, you can't check every km of coastline easily. I believe that is where most of weapons, etc come from.

Spies and informants are super useful and should be used more.

I propose these 3 strategy steps for security

1. PL should first and foremost completely stop movement of military aged men (16-35) from the south and north. Put serious check ups and turn back anyone around that age or detain face legal action. For drivers and business men around that age introduce special identity cards.

2. Abolish the current security apparatus which is based on clan dynamics and restructure it and make people join the military or police like any other profession.

VIP
Good policy steps madmullah and malcolm x. I didn't know galgala had a coastal line, I thought it was ceelaayo that had it. The PIS seem to be doing a good job as their isn't many expolosions, but the army in Puntland seems to be seriously lacking. Notice how in mogadishu they resort to explosions and not outright fighting? It's because they know the military isn't the weakness in mogadishu due to amisom. Shabab is outright having the audacity to take on our military when they entered through our coastal shores in garmaal and suuj and even in galgala. I think they identified PL weakness is it's military and there must be some sort of change occurring there to respond to it.

VIP
By investing in farm, fishery, livestock. You create lots of jobs for unskilled people. Growth for an economy needs to come from unskilled people having an income and spending. It's pointless having a few rich and 90% poor, the economy will never grow cause only a few people are spending. If u invest in farms, fishery, factories you can hire poor people who are unskilled and give them a job while also addressing food shortage supplies in the nation and at the same time giving 'fuel' and 'demand' for other sectors to enjoy a new customer base coming into the market. We need strategic economists in our government that sees that fancy looking hotel is just cheap bricks, u know how much a brick costs? it's not an expensive commodity that's for sure.
You must log in or register to reply here.
Share:
Facebook Twitter Reddit Pinterest Tumblr WhatsApp Email Link