The Tragic case of Mohammed Haza'a 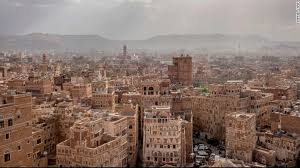 Civil war is often followed by a few years of lawlessness however both sides of the civil war have set up courts (not courts that deal with war criminals e.ge civil courts these courts follow sharia principles) 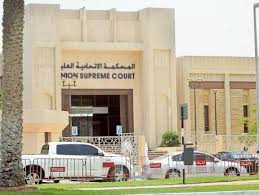 In 2013, Mohammed Haza'a was put to death by the Yemeni government after he shot an intruder at his home in the central Yemeni city of Tiza in 1999.

The man later died from his injuries.

Despite judges ruling the killing as self-defense and that Mohammed was under eighteen at the time, the Yemen court eventually sentenced him to death.

They said: "They put them on the ground, they cover them with the blanket and then a doctor comes and points around the heart from the back side. Then they shoot three to four bullets [into] the heart." 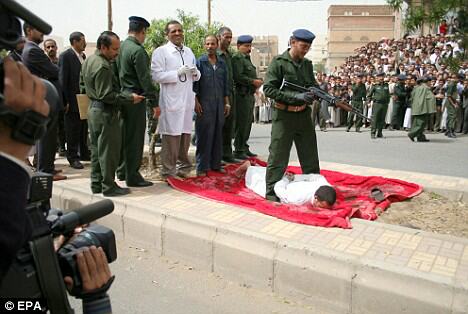 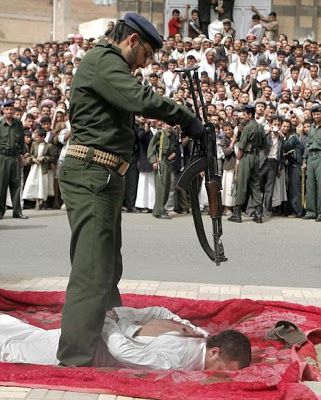 Let Yemenis deal with their own issues. It's their country. Nacalaa

I think the time for implementing sharia law is over. Back in the day, when Islam was in its golden age, sharia was carried out with the utmost caution and respect. Judges needed years of intellectual training and religious observation before they were allowed to make judgements in a sharia court. Nowadays, corrupt idiots are just using it as an excuse to keep their political power in check and scare the locals in to submission. Sharia has sadly been hijacked, both by corrupt politicians and fanatical salafis that think cruelty makes a society better, and there’s no going back as long as the Muslim world continues to be unstable and uncivil. The only way forward is to adopt universal secular law.