What Is The Point Of The Vaccine If You Still Need To Wear Masks & Have Lockdowns?

VIP
They say get the vaccine and the pandemic is over! Well 85%+ of the Canadian population is vaxxed so why do we still have lockdowns, still have to wear masks, still have to quarantine, etc! What was the point of me getting the vaccine if i'm not even freer than the unvaxxed! 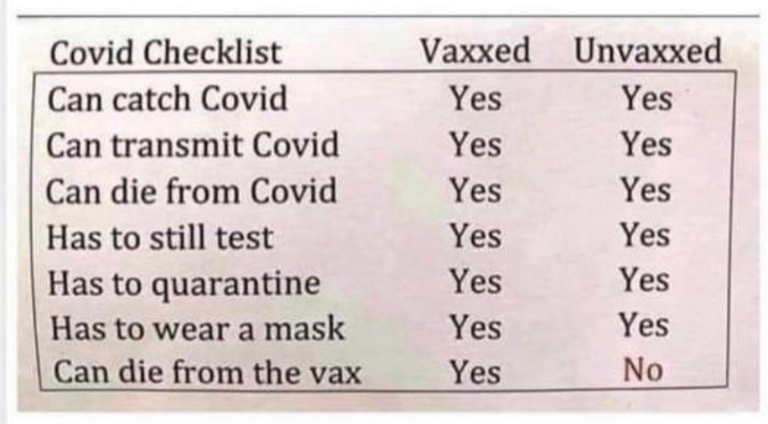 It's a power grab.
S

VIP
The vaccine as I understand reduces the severity of covid 19 if you are infected but other than that it's pretty much useless.

You're a guinea pig the government tests on until they find an efficient solution
Last edited: Jan 2, 2022

Protests in Europe: Police in Amsterdam clash with anti-lockdown protesters​

The vaccine does sweet f*ck all for you if you're a fit young adult who doesn't have any comorbidities.
I can't wait to see how they justify vaccinating children. But our lord and saviour Albert Bourla needs his juicy quarterly bonus so I'm sure they'll find a way lol 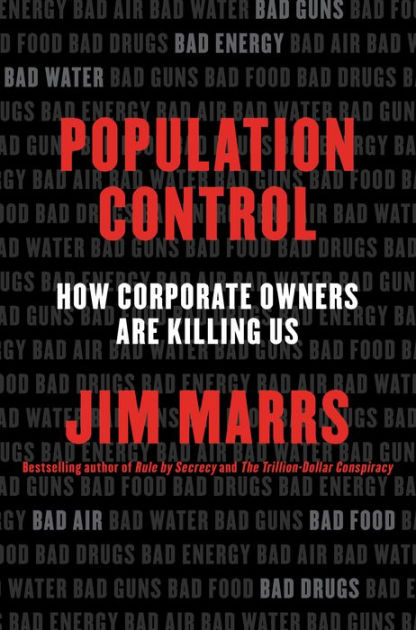 Jim Marrs called it before people had ever heard of a coronavirus.

I blinked and got vaxxed! My will should have been stronger! I'm ashamed of myself

Jim Marrs called it before people had ever heard of a coronavirus.
Click to expand...

It's not something as fantastical as population control sxb, it's just pure corporate greed and goverments officals being slimy fâggots as usual. Besides, why would they kill the compliant cattle who get vaxxed and do as they're told whilst sparing "anti-vaxxers"?


Kool-Aid said:
I blinked and got vaxxed! My will should have been stronger! I'm ashamed of myself

That's rough, how many times did you get vaccinated? You'll be fine, just don't sign up for the Pfizer vaccine subscription service and get booster shoots like a good goy. It'll never end otherwise lol

Nak-Muay-Kru said:
That's rough sxb, how many times did you get vaccinated? You'll be fine, just don't sign up for the Pfizer vaccine subscription service. Otherwise, it'll never end lol
Click to expand...

I only have my first, but i'm ganna need to get my second due to work

Nak-Muay-Kru said:
That's rough, how many times did you get vaccinated? You'll be fine, just don't sign up for the Pfizer vaccine subscription service and get booster shoots like a good goy. It'll never end otherwise lol
Click to expand...

I'm not getting more than two jabs! The buck stops there!
O

Nak-Muay-Kru said:
It's not something as fantastical as population control sxb, it's just pure corporate greed and goverments officals being slimy fâggots as usual. Besides, why would you kill the compliant cattle who get vaxxed and do as they're told whilst sparing "anti-vaxxers"?
Click to expand...

Their aim is to reduce the population. Look at the insane dedication to forcing feminism on every country on earth. If penguins were humans, they'd be willing to invade Antarctica to force feminism on the penguins.

They want to reduce the population.

If your aim is to make money by any means necessary- are you really going to care about the means?

Imo they want to reduce the population, that is their bottom line and the compliant types are simply in the crossfire. It seems that now it is the task of us unvaccinated to repopulate the earth. I am willing to make the sacrifice.
Last edited: Jan 2, 2022 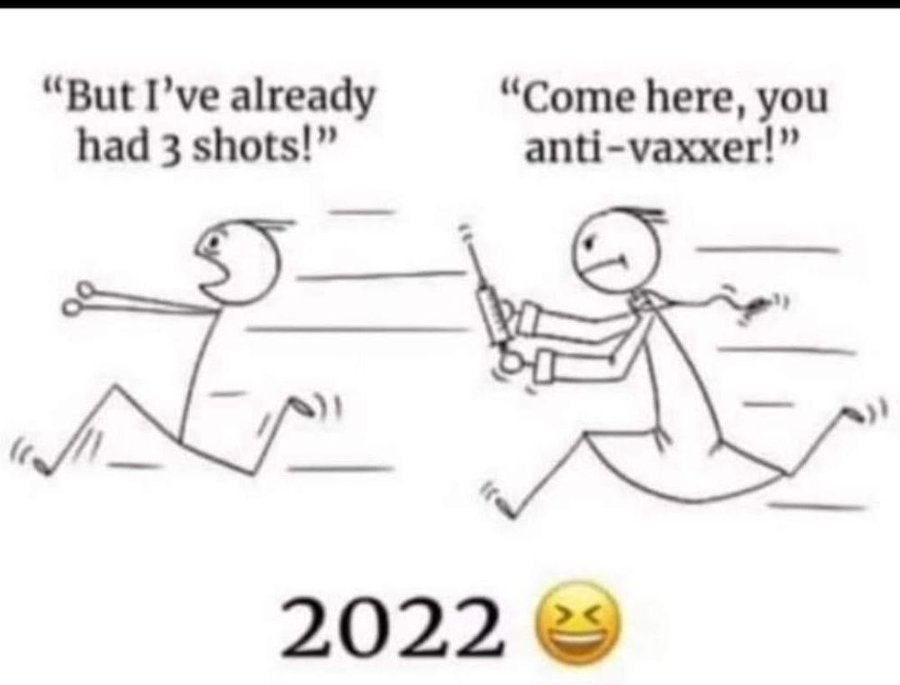 Staff Member
The exerts below are from a book written in 2004 titled Good Bye Germ Theory.

Who would have known the true anti-vaxxers of days gone by weren't totally off the money with respect to plotting the trajectory with where the state was going to go with this.

The exerts from the Book, Virus Mania was written in 2007 but feels somewhat pertinent, read on.

This pathway always includes several key steps: inventing the [heightened] risk of a disastrous epidemic, incriminating an elusive pathogen, ignoring alternative toxic causes, manipulating epidemiology with non-verifiable numbers to maximize the false perception of an imminent catastrophe, and promising salvation with vaccines. This guarantees large financial returns. But how is it possible to achieve all of this? Simply by relying on the most powerful activator of human decision making process, i.e. FEAR!

We are not witnessing viral epidemics; we are witnessing epidemics of fear. And both the media and the pharmaceutical industry carry most of the responsibility for amplifying fears, fears that happen, incidentally, to always ignite fantastically profitable business. Research hypotheses covering these areas of virus research are practically never scientifically verified with appropriate controls. Instead, they are established by “consensus.” This is then rapidly reshaped into a dogma, efficiently perpetuated in a quasi-religious manner by the media, including ensuring that research funding is restricted to projects supporting the dogma, excluding research into alternative hypotheses. An important tool to keep dissenting voices out of the debate is censorship at various levels ranging from the popular media to scientific publications.

I'm thankful that I was always crazy enough to read these sources even if they deviated from my scientific beliefs along with established tenets and practices. I'm quite open minded in that respect.

solo_man said:
Dummy you can still catch covid and die with a vaccine but the chances of catching it or dying from it is far less if you was not vaxxed

The point of getting a vaccine is not to make you free its for your own good
Click to expand...

if it's for our own good then why are we forced? Why can't you go anywhere without the vaccine if it only affects you?