This Is What Can Happen If You Don't Mind Your Own Business!

VIP
People will always shame you for not helping other. But you can get into serious danger if you don't mind your own business! @Amina99 This is what can happen when you try to be the hero! 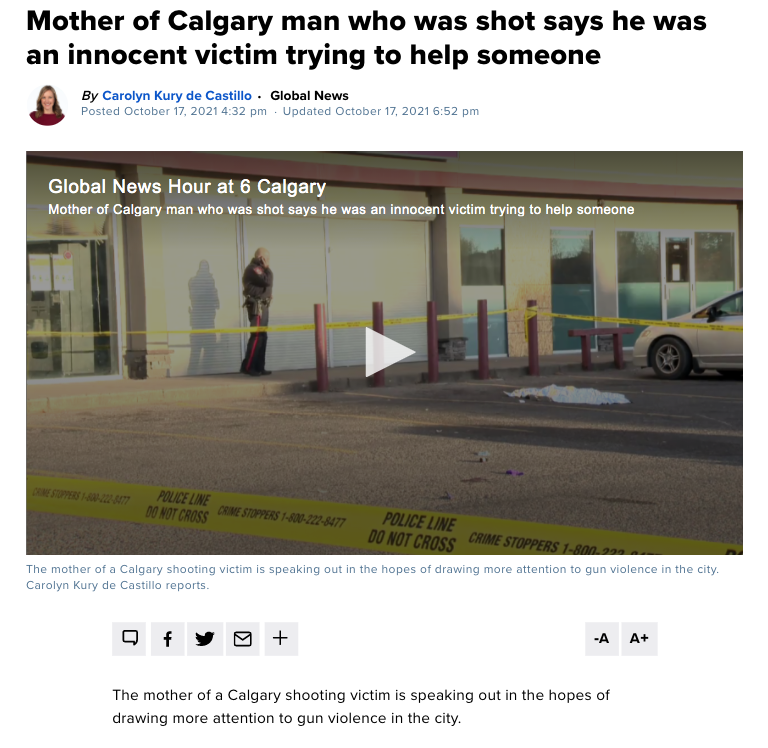 
Another man — who Global News has agreed not to name for family safety concerns — was shot outside a liquor store on Falconridge Drive on Oct. 9 at around 2 a.m.

He was shot in the leg and taken to hospital in serious condition.

“My son is my everything. He’s my supporter, and he’s my caregiver. After I lost my spouse, he’s been with me 24-7. For me to hear that he was shot broke my heart,” said Albertine, the victim’s mother.

The victim’s mother said her son told her that he was trying to help a woman who was in distress outside the liquor store.

“When my son was coming out of the store, he had heard there was a girl yelling out of the car and crying. He just asked a fellow to let the girl go, and he told my son. ‘It’s none of your business,'” Albertine said.

Albertine said her son, who is now recovering at home, told her that a man approached him with a gun.

“As my son was arguing, the guy went back to the vehicle. My son didn’t know it was a gun, and by the time he looked towards the vehicle, the guy had shot him in the leg,” Albertine said.

VIP
@Amina99 thread inspired me to make this thread

Kool-Aid said:
@Amina99 thread inspired me to make this thread

I truly learnt my lesson from that, and took in the advice of the men, who have said some folks can pull out a weapon, and the woman will still defend her man.

My life isn’t worth it and next time will call authorities from afar.