reer minnesota, you need to come claim your L

The gibberish and exclamation mark. They know their audience.

She is desperate
This one is abused by KK

When average Republicans look at her, they will say I don’t care what you say you and Ilhaan Omar are same

VIP
Lol, Ilhaan even looks prettier than this woman she wont win against our Ilhaan

They sound like they're extras from the color purple. "I's" ? Uncle ruckus would be proud.

Lmao she has cadaan kids

How are those white men her fore fathers loool. Ilhan may very well be sane by Somali American standard. I may have been wrong about her after all.
J

America gave her save haven. I think she means safe haven.

Jaydaan said:
How are those white men her fore fathers loool. Ilhan may very well be sane by Somali American standard. I may have been wrong about her after all.
Click to expand...

Don't be dense. Of course she wasn't being literal, she was referring to the Founding Fathers as "Forefathers" from a civilizational perspective.
G

SOMALI GENERAL said:
Don't be dense. Of course she wasn't being literal, she was referring to the Founding Fathers as "Forefathers" from a civilizational perspective.
Click to expand...

Those forefathers owned and raped women like her
G

fam....i learned about the whole divest movement and raceplay not too long ago, my mind was blown.

any woman that has been with an cadaan is immediate write off for me.

yes i'm gonna do same thing white boys do when they find out they girl had a black bf waaay back in HS, ill tell shorty to

babooshke said:
You know it absolutely tears her apart that her birth certificate will forever say Somalia instead of "the great country that her fore fathers had created"

They're going about it all wrong. Lol I'm so embarrassed for them.

Their whole thing is "we're the Anti Ilhan and we loooove Murica"
Somebody needs to tell them that is not gonna help them win, all they're doing is making asses of themselves. You gotta have people respect you, you dont achieve that by groveling. Say what you want about Ilhan but she's always stuck to her guns whether they were right or wrong and she certainly never boot licked like these lot to get to where she's at. she'll always be number 1 ,numero uno, in the history books.

Somalis really are followers and love copying eachother instead of doing their own thing. These women could've paved their own way, made their own history but they and so many before them want to just ride Ilhans coattail and try to shit on her to get brownie points from white America.

It just looks like 2 black hijabi Somalians wanting to overthrow another because they believe she's not kissing their host countries ass enough. 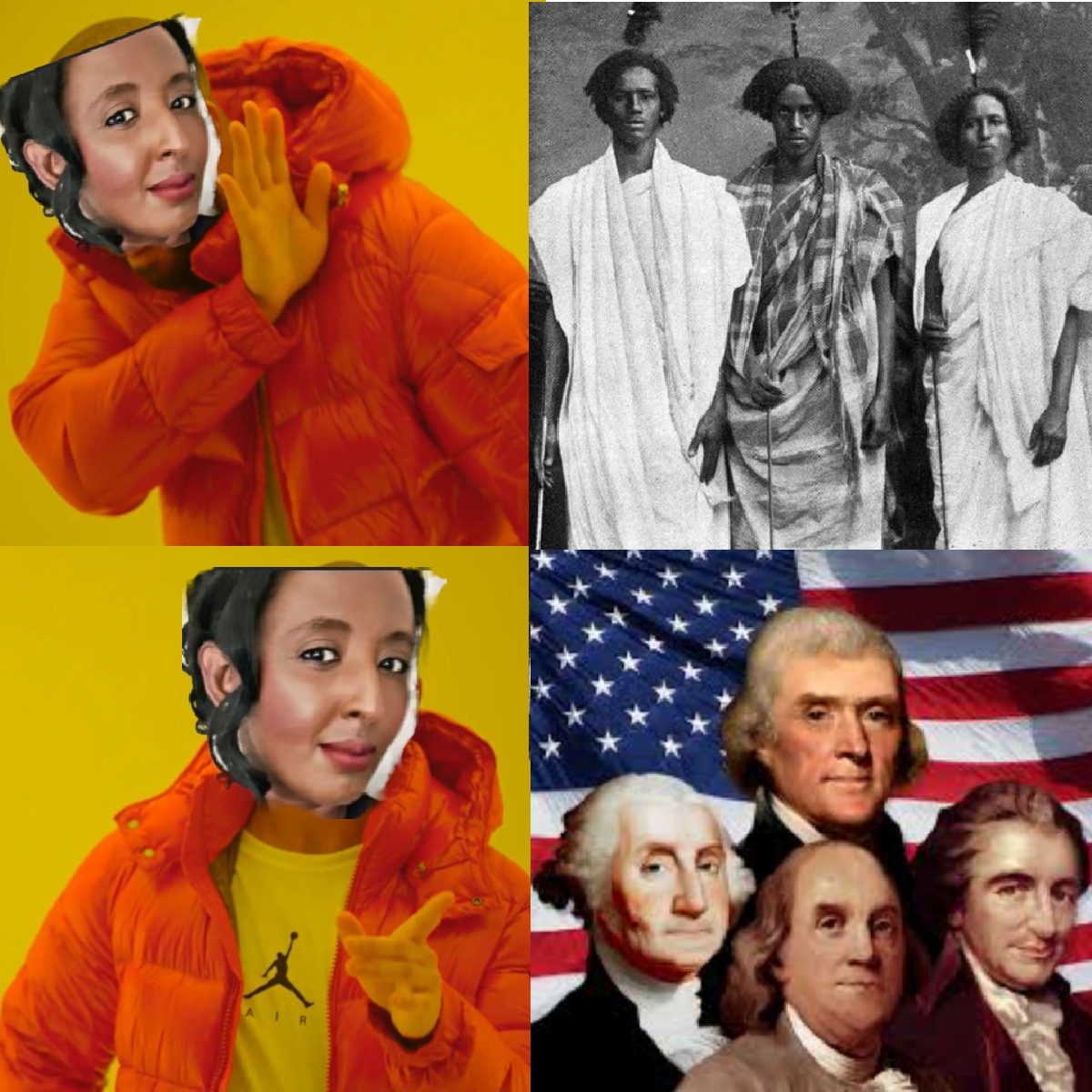 She's got my vote