When you see the outsize influence of the UAE upon regional affairs remember the following. The UAE is has a population of around 10 million out of whom 9 million are foreigners who have no chance of obtaining citizenship. UAE citizens are only about 1 million.

This "demographic imbalance" is permanent. The UAE's citizen population cannot catch up by natural birth because the birth rate has already dropped significantly (that comes with prosperity). They also can't catch up by naturalization coz that would break their political economy.

In a future where the US will no longer send half its navy to protect the UAE if it's threatened, and where under the surface, the MENA continues to bubble with possibility, the UAE could either scale back its interventions, or... build a strategic relationship with Israel.

Small countries have historically opted to build soft power, the power of persuasion, diplomacy, trade and culture, and that gave them a fighting chance against giants. Here we have a country (or two) choosing to play the game of hard power in a neighborhood of wounded giants.

For that to work the giants have to *always* be wounded. This can only happen through constant assault - economic warfare, diplomatic warfare, cyberwarfare, and actual war. It was already clear which paths the UAE has chosen, and by doing so they've sealed their own future.

The UAE's MBZ set his country on this path in 2011/2012. Since then, he's had multiple chances for a course correction, but he continued to raise the stakes and double down on this path. With each move, the possibility of course corrections have diminished, and now they're gone.

My sisters and brothers across the MENA - ignore the noise, stay the course, and keep your eyes on the prize. We center our own communities and build power with them, towards a life of dignity and equality for all, with nobody standing on anybody's neck. We are the giant. 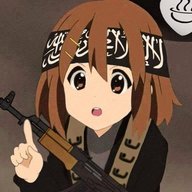 The founder of Muslim brotherhood was Muhammad Al Banna a sufi Ashari, he held the dangerous opinion that Muslims should unite upon what they agree on and excuse each other on what they disagree. The co-founder is Sayyid Qutb, he is basically the ideological father of the Khawarijs today aka Isis, Al Qaeda, Al shabaab. He made takfir of Muslim leaders, callinf the Muslim countries for apostate countries and they should be rebelled against. Sayyid Qutbi was influenced by western ideologies for 15 years, 1930-45. Where he gulped up western ideologies such as Marxism, Lenin-ism. This is where he get the idea of revolution. Its a dangerous Organization contradicting Ahlul Sunnah wal Jamaah. You cannot condemn Al Shabaab without condemning the Ikhwaanis first.
A