State failure is easy to forgive than 'succession'!

VIP
Last month, voters in Somaliland, a country in the horn of Africa, bigger than England and Wales combined, went to the polls to elect a new president. In many respects, Somaliland is a place apart. Unique amongst two-dozen states in the wider region, it is considered by the influential Freedom House rankings to be relatively democratic and capable of hosting competitive elections.

But Somaliland, which seceded from Somalia in 1991, has another distinctive feature; not a single country in the world recognises it. Continued recognition of a failed state like Somalia while simultaneously denying it to stable Somaliland is testimony to the international community’s innate conservatism. In short, state failure is easier to forgive than secession.

Although the majority did not exist a century ago, we live in a world populated by sovereign states which are considered destined to endure forever. But while maps provide details of legal ownership, they sometimes do not reflect possession or sentiment. And although atlases apportion a colour to every square metre of territory, political cartography does not always correspond with reality.

Long-established international conventions afford respect to recognised states irrespective of how weak or ineffective they are and even if they have never controlled the territories they claim or delivered services to their populations. By contrast, an unrecognised state is a pariah no matter how effective its capabilities or how long it has actually controlled its territory. The fact that Taiwan is not a member of most international organisations and is an unrecognised state is not because it does not meet the empirical criteria of sovereign statehood, but rather is a reflection of the balance of power between the authorities in Taipei and Beijing.

VIP
Thank you Great President Donald Trump for exposing how uneffective / useless and a fraud the UN is . Please reduce funding to the UN and keep exiting more Un organistations, keep weakening it. #MAGA 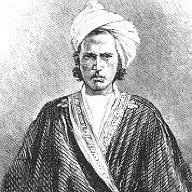 draco malfoy said:
Thank you Great President Donald Trump for exposing how uneffective / useless and a fraud the UN is . Please reduce funding to the UN and keep exiting more Un organistations, keep weakening it. #MAGA

The UN donations is what keeps your people alive, if I were you I wouldn't wish for that

Sharmake shark said:
The UN donations is what keeps your people alive, if I were you I wouldn't wish for that
Click to expand...