lone said:
If it was family guy, boondocks, south park or american dad, I would understand.

It has been slightly overrated by the cadaan cult but nonetheless still a great show.
S

caadans takes these shows too seriously

I only seen 2 short clips of this show, it's funny, I'ma start watching this show

yasmin lan said:
It’s actually a funny show but it’s too hyped up
Click to expand...

VIP
I have a classmate who is OBSESSED with this show. He told me to watch, and so I did.

@XamarCade that episode is so cringe.

NABADOON
VIP
At one point in my life, I think I would have enjoyed it but it's a little too far for my taste.

Any one seen Star Trek Discovery yet?

Desert Flower said:
I have a classmate who is OBSESSED with this show. He told me to watch, and so I did.

@XamarCade that episode is so cringe.
Click to expand...

To be fair, you have to have a very high IQ to understand Rick and Morty. The humour is extremely subtle, and without a solid grasp of theoretical physics most of the jokes will go over a typical viewer’s head. There’s also Rick’s nihilistic outlook, which is deftly woven into his characterisation- his personal philosophy draws heavily from Narodnaya Volya literature, for instance. The fans understand this stuff; they have the intellectual capacity to truly appreciate the depths of these jokes, to realise that they’re not just funny- they say something deep about LIFE. As a consequence people who dislike Rick & Morty truly ARE idiots- of course they wouldn’t appreciate, for instance, the humour in Rick’s existential catchphrase “Wubba Lubba Dub Dub,” which itself is a cryptic reference to Turgenev’s Russian epic Fathers and Sons. I’m smirking right now just imagining one of those addlepated simpletons scratching their heads in confusion as Dan Harmon’s genius wit unfolds itself on their television screens. What fools.. how I pity them.

And yes, by the way, i DO have a Rick & Morty tattoo. And no, you cannot see it. It’s for the ladies’ eyes only- and even then they have to demonstrate that they’re within 5 IQ points of my own (preferably lower) beforehand. Nothin personnel kid

"Well if the old adage is true, one can only wonder what's going down in the rocky mts "

Hades said:
Next season better be a masterpiece to compensate for all of last one (except maybe the pickle episode)

Don't worry when i was in the library for exams, i saw everyone watching it

What a great show. I remember when I was put off from watching it due to the qashin ass fan base but I gotta admit this show is comedic genius. 10/10.

@ethan bradberry you got it all wrong sxb. This is how it goes 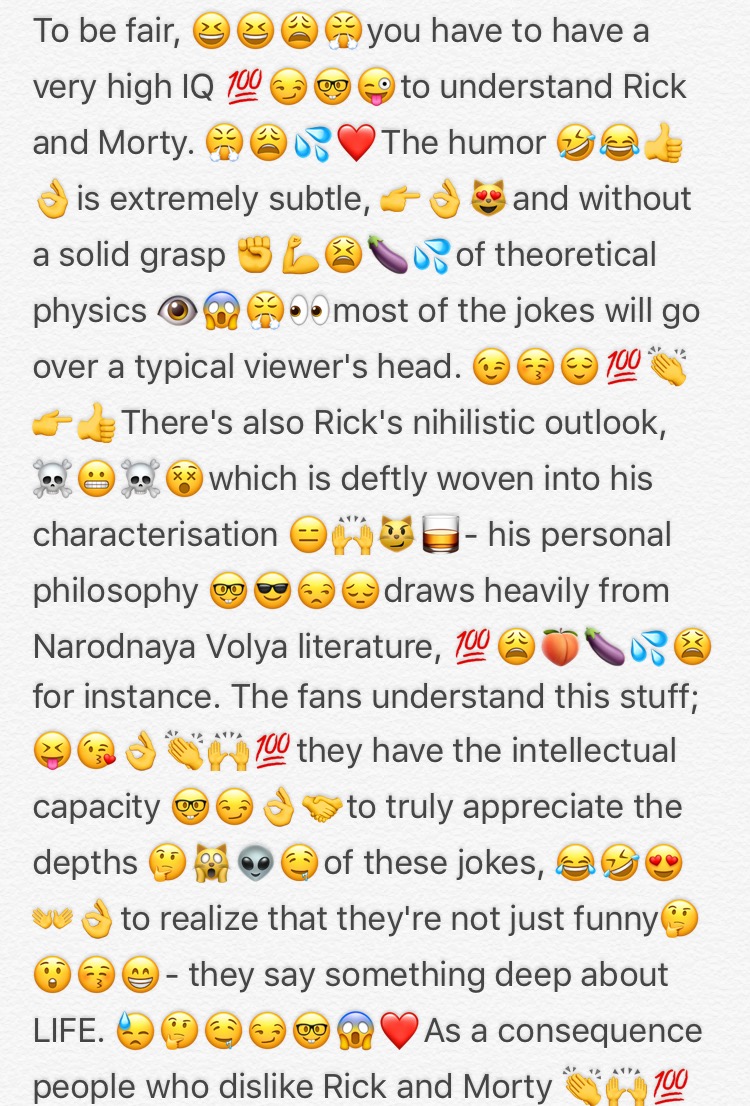 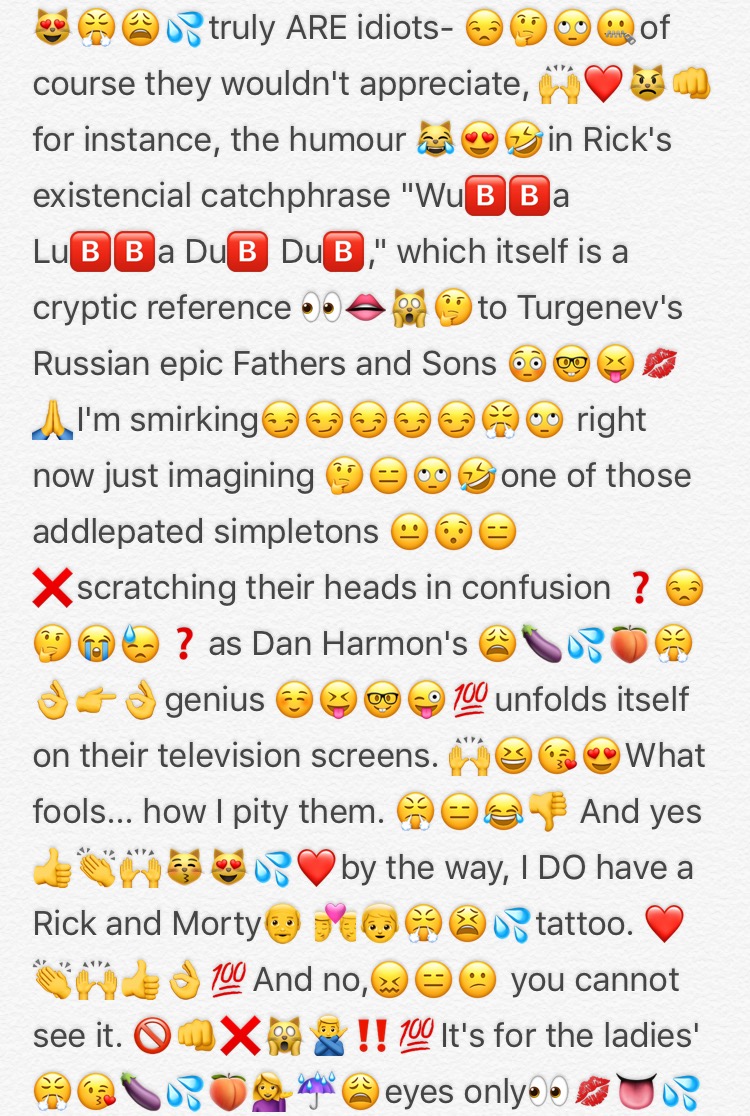 YoungFarah said:
@ethan bradberry you got it all wrong sxb. This is how it goes

Sanweyn14 said:
Having recently binged watch all of the episodes, I'm convinced it's the best show out there. Season 3 started off weak last week but that pickle rick episode today

Rick and morty is good but not as good as The Boondocks. I strongly recommend it.