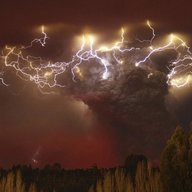 Schematics said:
My father spoke fluent German and worked for the Interpol division at the the police command center on a need basis. His main task was with the department called the lead division of planning and training of officers.

I have pictures of him seated at a conference, him on one side and about a dozen high ranking officers graduating on the other side. He used to teach these officers before they were sent to Italy and Germany for training. The officers had to pass a qualifying test to continue their studies outside Somalia. These officers came from all regions and clans of Somalia. They had one thing in common, they were educated.
Click to expand...