Bronco said:
They objectively are. Women are infinitely less tolerant of bisexual men that men are of bisexual women. And for good reason, of course. Regardless of this progressive wave, most women regardless of what they say have a strong preference for a heterosexual male. Even among the alphabet degenerates, there is minimal clout or allure to bisexuality. They either become the flamboyant homo, identify as non-binary or become trannies.

I remember reading an article from some progressive cadaan chick being disappointed and doing mental gymnastics about her boyfriend coming out as bisexual. She'd blame the breakdown of the relationship on everything but his sexuality. Questioned whether he was into her and got paranoid because now she isn't competing with just other women, but potentially every man in their LGBT+ally communities. And in her own words, she cannot compete with men because it just a different thing.
Click to expand...

Clear cut reasoning brother. You are either male or female and act accordingly unless there is some biological malfunction that is obvious in the person and medically proven. There are men born with female characteristics who don't cut the mold of manhood for that reason. Beyond that, a healthy male should act accordingly. Only reason he would want to sleep with men is sexual perversion. Women are a good judge of real men thankfully.
K

Basra said:
I agree. It all goes down to competition. If you don't feel threatened, then there is no issue. Women feel the pressure of bisexual spouse, they have to compete with women and men. So there is a nature anathema to the whole bisexuality!

Same way with Alpha heterosexual men. They feel certain way with butch lesbians. They see them as a threat, even though not completely a threat because the butch lesbian lacks a penis, which is a major important tool to go fight in the arena of competition
Click to expand...

You are just a creep. Too much into sex and related sexology. Damn! I would feel my head heavy with the corrosive presence of that much unnecessary knowhow. Guess when you are starved to granny-hood, there is no hope but to go crazy on sex talk every second that ticks.

Basra, you creep me out, and I am not easily creeped.

It won't work out for you , he's not into women a rocket scientist knows that answer very well and you should conclude that , it's clearly undebatable and yes it's an irrational relationship despite many women feeling leniency towards their gay BFF and later developing feelings , you should get it out of your head , you're comfortable with his company, you're attracted to his physical appearance and out of your own words you've stated he dressed far better than any men you know, thus you want a man like him but he doesn't swing that way , then how hard can it be to comprehend you are setting trap for yourself

There are millions of men fitting his description but that's not the important factor there are millions and infinite millions far better than he is, that swing your way , all you have to do, be less picky and stop swiping potential whatevers from your Tinder . 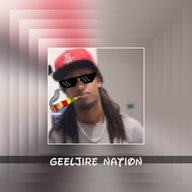