Official I am Tres Thomas, owner of Somalia Newsroom -- AMA 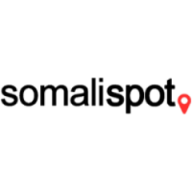 I'm Tres and I will be answering as many questions as I can starting at 3 PM Eastern for about an hour.

what's ur opinon on federalism? can it ever work in Somalia?

Prof.Dr.Eng.
VIP
Hi wlc to sspot. I have a question wiyh regards to security. Why dont the african union troops wage an all out war against Al-Shabab?

VIP
Welcome to our forum.

Given what has happened in Kismayo, do you think the proposed elections will happen this year? Or will Hassan Sheikh be granted the extension he's been vying for? 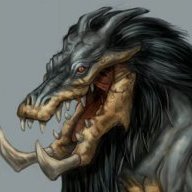 As a Non-Somali what made you want to report specifically about Somalia?

What are your opinions on HSM's administration? Is he a bumbling baffoon or a cunning politician

Also have you ever been to somalia?
N

What's you opinion regarding the execution that took place in hargeisa today?
I

Is the Somalia military entirely up of many clan militias led by commanders of their own clan? Or is there evidence that there are exceptions?

what's ur opinon on federalism? can it ever work in Somalia?
Click to expand...

Hi there. I think it can work in the long run, but lack of agreement on how the process should be implemented right now, an ambiguous provisional constitution, and a short time frame for many of the processes involved have challenged made it challenging.

It would probably work better if the political processes were not squeezed into such small time frames and if there was some way to build better trust between regional leaders, Hassan Sheikh, the PM, and Jawaari.

My question is why do you care about somalia

Abdalla said:
Hi wlc to sspot. I have a question wiyh regards to security. Why dont the african union troops wage an all out war against Al-Shabab?
Click to expand...

It seems as if AMISOM troops are overstretched and this hampers their ability to conduct offensive operations at a pace that most would like. If the SNA were better organized and equipped, they would be able to hold towns by themselves, and that would free up AMISOM to conduct further operations against al-Shabaab. So, until the SNA are paid on time, have weapons and trucks, and follow a coherent line of command, it will be harder for AMISOM to finish the job. That said, there has been great progress if you look at all the major towns that have been take from al-Shabaab in recent years, and that is positive news.

Duchess said:
Welcome to our forum.

Given what has happened in Kismayo, do you think the proposed elections will happen this year? Or will Hassan Sheikh be granted the extension he's been vying for?
Click to expand...

That's a great question. I think a "hybrid option" as it has been called will only complicate things. How can Somalia implement both a 4.5 clan formula and a "district" option at the same time? How do you divide the MPs that are selected within each process? It seems to me the hybrid option leads to more difficult technical issues in the electoral process and will extend the period of time it takes to agree on how to hold a transition process. Those factors make the likelihood of an extension more likely, which would be extremely disappointing. FWIW, I think the "district option" is a misnomer. It still involves a clan formula at a district level, it's just not the 4.5 clan formula. I have serious doubts that clan formulas at the district level would be "more fair" in the eyes of some constituents. And yet, I also think 4.5 had serious flaws as well. I would like to see more people discuss a 5.0 formula, but unfortunately it's probably not politically viable. I also would like to see more discussion about Somalia can work toward combining clan politics and the politics of one person-one vote. That is, it seems to me the ideal situation is to have political parties that are pluralistic, so political processes should do everything possible to promote that.

What's you opinion regarding the execution that took place in hargeisa today?
Click to expand...

I have not heard about it until now, so I would have to go back and look at the news. Apologies!
M

Has there been any meaningful progress on bettering the state of minorities i.e "0.5"?

waraabe said:
My question is why do you care about somalia
Click to expand...

I've been researching east Africa for 10 years, starting with Sudan and eventually moving toward Somalia. My master's thesis was on why east African rebel groups fragment, and that led to my interest in Somalia. My PhD dissertation that should be done this year is on federalism in Somalia, so that's why my level of interest is so high. Also, what country has more interesting politics than Somalia?

what do you think of Somaliland?

Has there been any meaningful progress on the state of minorities i.e "0.5"?
Click to expand...

If you mean in terms of "fair" inclusion in politics, in my opinion, absolutely not. That is why I mentioned that it would be interesting to discuss a 5.0 formula WHILE Somalia discusses ways to make politics more pluralistic. But then again, a great idea means nothing if people will not talk about it or consider it.
M

What role do you think Somaliland will or can play in the political future of Somalia?

VIP
How have you been able to grasp the clan system as a foreigner?

waraabe said:
what do you think of Somaliland?
Click to expand...

I've been to Hargeisa and had a great time there. I'm working on following Somaliland politics more closely. To be honest, I try to stay out of the whole Somaliland-Somalia conversation, because I haven't found a way to contribute to the conversation in a productive way. I wrote an article a couple years ago about how the climate of Somaliland-Somalia negotiations could be improved if the two sides collaborated on less contentious issues, like establishing soccer tournaments between teams and similar things. I think it was universally panned, so I just stopped writing about it. I'm on hiatus for writing on Somaliland until I believe I can write about it without getting trolled.