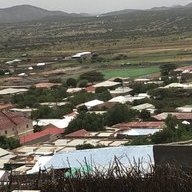 Despite 7-9 parole violations the Feds intervened to keep this guy on the streets and out of prison because he was an informant despite only giving the Feds 1 tip that turned out to be not credible, then he goes on killing spree taking 6 lives. Detroit Police/ ATF taking heat, they say mix up occurred and he should not have been an informant. He used the Feds as a get out of jail free card up to 9 times and then started killing people randomly

VIP
Kkkkkkkkkk I shouldn't laugh but I did

CaliTedesse said:
Kkkkkkkkkk I shouldn't laugh but I did
Click to expand...