Farmaajo used to support Kenya against Somalia in the ICJ case

VIP
HalimoEnthusiast
This traitor who has many interests in Kenya such as owning apartments he bought with his overweight wife wanted to settle the ICJ case through negotiations with Kenya rather than through court.

Since then traitor Farmaajo has been stalling the case from assigning rookie Somali lawyers to the case to postponing the case untill the election.

Im confused why do some somalis despise him? He did so much in a short amount of time and even gave up his American citizenship?
(I really want to know though).
M

Giftxo said:
Im confused why do some somalis despise him? He did so much in a short amount of time and even gave up his American citizenship?
(I really want to know though).
Click to expand...

First I want to know, are you somali? I heard you was asian

Waamoking said:
He even claimed Somalia & Kenya should settle their dispute out of court
Click to expand...

Macalin M said:
First I want to know, are you somali? I heard you was asian
Click to expand...

I’m Somali on my father side

Giftxo said:
Im confused why do some somalis despise him? He did so much in a short amount of time and even gave up his American citizenship?
(I really want to know though).
Click to expand...

He didn't gave up on his citizenship, they took it away from him, a US citizen cannot be a head of a country according to the US constitution.

Manafesto said:
He didn't gave up on his citizenship, they took it away from him, a US citizen cannot be a head of a country according to the US constitution.

Giftxo said:
I’m Somali on my father side
Click to expand...

What is there to like, I will quote an old thread of mine and the 27 evil things he did in the last three years.

I honestly can't find anything good Mr. Farmajo has done so far but I can point out 27 evil things he did which Somalis around the world will never ever forgot him for and should have caused automatic impeachment and long imprisonment in most countries in the world.

2.He did not make a priority to fight against AS as he promised.

5.Giving away for major ports to our no#1 enemy.

6.Giving Erdogen son-in-law the Mogdishu airport and port for the next 20 years.

7.The massacre he commited against D&M,JL tribes using Ethiopian forces.

8.Destroying Galmudug and dividing it into three different political parties.

9.Weaponizing somalias airspace.
Putting blockade on the citizens of kismayo which was absolutely against the constitution.

10. Destroying the federalism dream all Somalis agreed on and promoting centralism that caused the civil war,no way a we would accept a foreign hand picked mps to vote for a president any more.

11.denying 7K PL high school graduates to get their HS certificates and their share amount of scholarships.

12. Welcoming the Qatar FM to Mogdishu only a month after NY exposed him to be the one who orchestrated and ordered the Bossaso terrorist attack, it is sad he didn't even dare to address this attack and blame it on Qatar.

13.Attacking peacefull regions in JL to help his clan overthrow a peacefull and thriving administration causing 460,000 to flee from Gedo and end up in IDPs in Kenya.

14. Nominating known former terrorists and warlords to top sensitive and important positions in his government like NISA cheif Fahad and Cumar as the Mogadishu mayor.

15.Two of the biggest terorrist attacks in Somali history with the most casualty happened under his watch.

16.Caused the increase of AS man power and controlled land in the South by not destroying them.

17.Adding ONLF to the list of terrorist organization in the world and siding with Ethiopian over the Ogaden liberating warriors who are fighting to free our ppl in Ethiopia.

18.Arresting and assassinating journalists and media personals in Mogdishu if they write about the N&N goons, thanks to Somalia became no#1 most unsafe place for a journalist to work at during the last three years.

19.facilitied a theft,corruption and mismanageming the IC donations intended to implement major projects, the Mogadishu stadium is a prime example where Norway donated 70 millions for building a new studuim and the crooks only repainted the unsafe old studuim while putting the rest of the money in their personal accounts.

20.threatening opposition groups and constantly abusing former presidents and FMS presidents using N&N bots, also responsible for instigating tribal hate and animosity among all Somali by spending millions of dollars on N&N troll agency who were designed to lie to the public about the failure of his government.

21.Failing to implement the 1M1V election process in Somalia.

22.Underming and trying to destroy SL in many ways, Farmaajo tried to stop the SL livestock import business to Saudi Arabia, sending letters to different countries the SL government was trying to establish a relationship with, he also interfered in their airspace by letting Qatar,Israel to fly all over the region.

23.Denying all opposing FMS states their share of IC donations and investing only one city(Mogadishu) rather than all regions.

24.Farmaajo and his PM Khayre lied to the public by promising to help implement major projects in their regions and it always turned out to be a political stunt,igu sawir, Hobyo port,the Mogdishu Afgooye road and many projects which later became a haox and a lie.

25. Permitting Israel airlines fly over Somaliland and PL and keeping the revenue to himself.

26.Agreeing to have more Ethiopians troops to invade Somalia and letting them to operate in more regions than they were initially alllocted to operate, since he came to power the Ethiopian army presence in Somali regions was only 2 regions and now 5 regions.

27. Nominating most important cabinet ministers in Somalia to uneducated and former cab drivers in the west which is an embarrassment to all Somalis, he brought nepotism back and gave most of important jobs to his close circle whom he is either related to them through blood,qabiil,marriage and former business associates.
Click to expand...

Giftxo said:
I’m Somali on my father side
Click to expand...

I will never tell anyone about my qabil

Farmajo is a worthless dude without even the slightest resemblance of nationalism,honor or will to engage in state building, But i rather have the retard farmajo as president then the saqajaan sharif who engages in the most extreme forms of nacaasnimo and moryaanimo without even feeling the need to hide it, A traitor ethiopian puppet technocrat is better then a failed tuug who ran from his own men during the ethiopian invasion and now threatens to make somalia go back to civil war

We need men like adan cadde, sharmarke or egal to lead us now, They were qabilist guys who engaged in nepotism but they were not traitors and foreign collobrators as the worthless bunch we have now, But this will never happen due to the retarded form of qabyaalad we have now who finds it solace and purpose in violence instead of dialogue and parliamentary democracy which the older generation after independence did

The Kenyans were paying him. Remember Nairobi was his base while he was running for President too. Abiy came along and managed to flip Failmaajo from the kikuyu side to the habash side. This is geopolitics between Kenya and Ethiopia who are having a Cold War for control of Mogadishu and Somalia

NABADOON
VIP
The president and prime minister are far from perfect but they are doing a good job.

Tribe, anyone who is Prez the tribe gets roasted.

Manafesto said:
He didn't gave up on his citizenship, they took it away from him, a US citizen cannot be a head of a country according to the US constitution.

Boris hasn't been US-citizen since 2017. 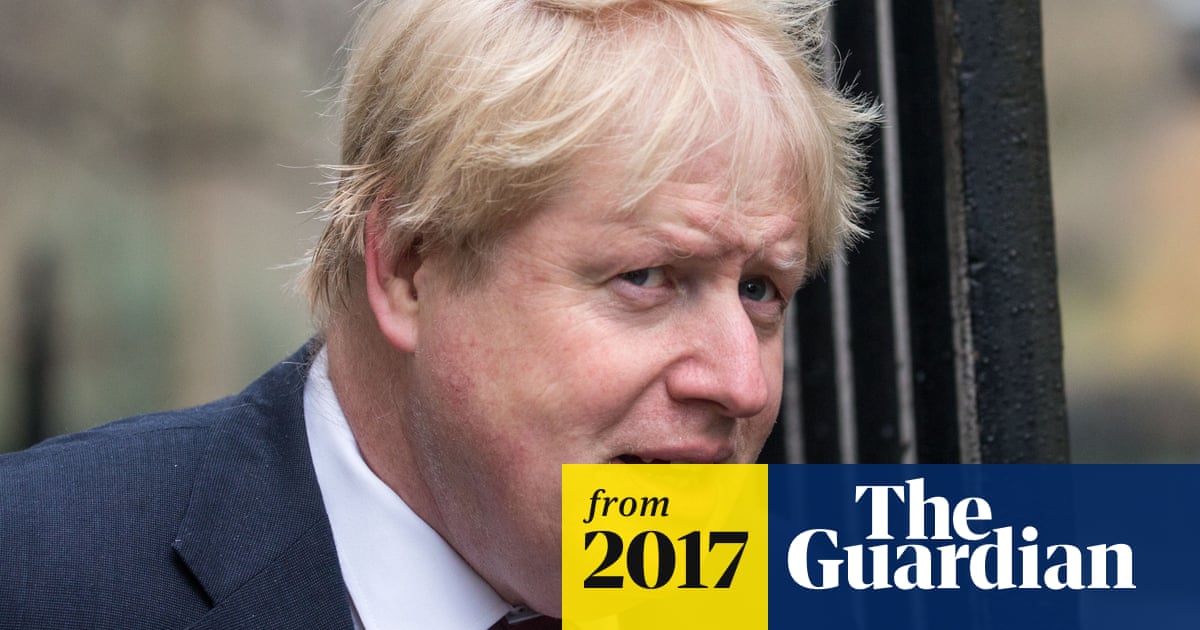 Boris Johnson among record number to renounce American citizenship in 2016