Early Literatures Regarding The Somali Language 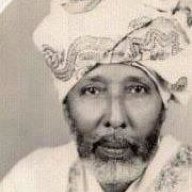 "These are the most important works upon the language..."

(check earlier volumes to learn about earlier interactions with Somalis)

From May 1849 to August 1850
Volume 9 Art. XI. An outline of the Somauli Language with Vocabulary


A grammar of the Somali language | Frederick Mercer. Hunter - 1880, Bombay

"It is useless to attempt to ascertain from the Somal themselves any account of the origin of their language, and it is only very recently that it has been studied sufficiently to enable it to be compared in grammatical forms, words, and construction with the dialects by which it is surrounded. In order to accomplish satisfactory results from a comparison with other tongues, considerable time must elapse, and the following observations are merely tentative."


Practical Grammar of the Somali Language, with a Manual of Sentences

Then why hasn't it been considered a "Language Isolate"?

"There has always been considerable trade between the inhabitants of Aden and Southern Arabia and those of the Somali Coast, and the Semetic element in Somali is sufficient proof of the local tradition that the present Somali Race had its origin ... from Southern Arabia"

Whatever the case maybe, regarding the origin of the Somali Language and its
relation/non-relation to surrounding languages...

Gradually over time, our language has been heavily influenced by the Arabic language due to the frequent trade and permanent settlements in northern Somalia (and other coastal regions in the HOA) by people who used to live in Arabia Felix.

Huur said:
sufficient proof of the local tradition that the present Somali Race had its origin ... from Southern Arabia"
Click to expand...

Part of our culture did come from South Arabia but that was mainly because of Islam and the Semetic in our language can also be attributed to Arabic influence through Islam.

We have more in common with those Gala than Yemenis ethnically.
O

"There has always been considerable trade between the inhabitants of Aden and Southern Arabia and those of the Somali Coast"
Click to expand...