Duality of the Somali 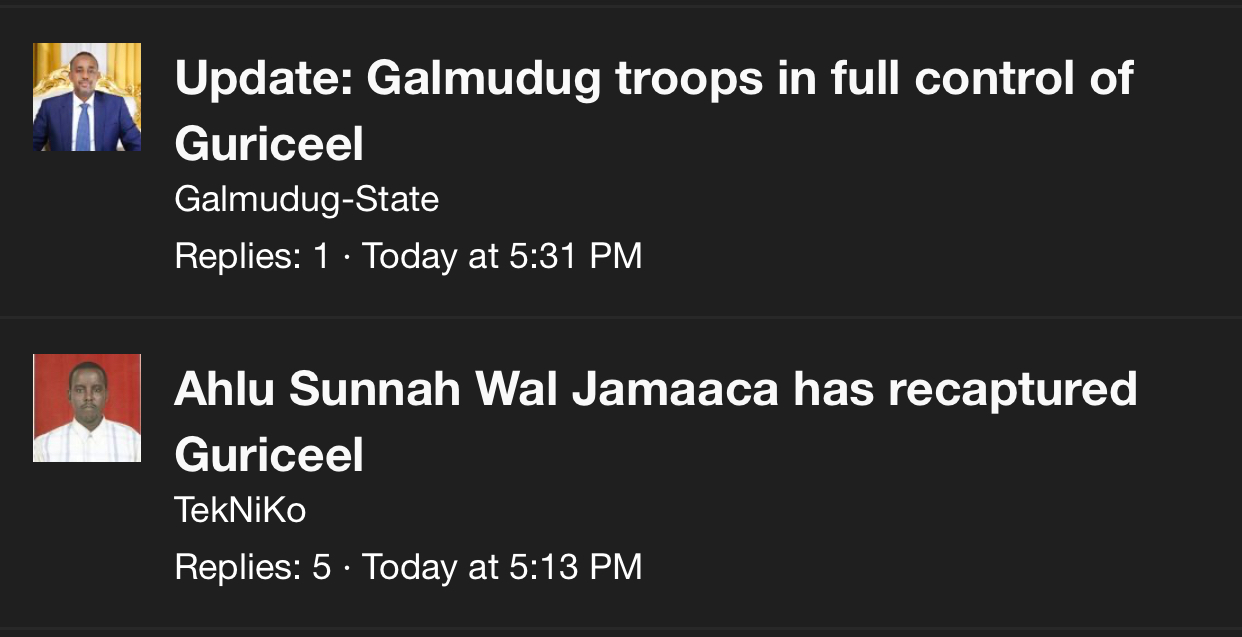 VIP
Somali "journalists" print lies in a poor effort to defend their side and then people spread it on forums. Eventually the side that is actually defeated is eventually exposed and they slink away in defeat. This is why I don't get it when people lie on purpose, you'll be humiliated anyway, what's the point.

Give it a few days, the true story will be revealed when the winners parade around the captured town.