DON'T MARRY FROM BACK HOME!!! 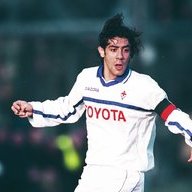 VIP
Guys I am in a state of shock right now I just heard the craziest story.

So let us start at the beginning my cousin who finished med school and wanted to get married he told me that he didn't want to get married in the west so he went to Djibouti.After like six months he came back home married you would think this is a good thing but the girl was just playing him to get a visa

.When he came back to the US his wife was with and she looked fine wallahi but little did we know the ***** was a shaydan. Everything seemed cool for the first few months she cooked for him and cleaned all the stuff a good wife is supposed to do but the problems arose when she first came in contact with the madow neighbor and it somehow ended with them sleeping together for a few months while the guy was completely and utterly unaware of the stuff his wife was doing in his own house fast forward and the ***** comes out with the news that she's pregnant

at the time we thought the baby was legitimate everyone was so pleased when we heard this news we congratulated him I even remember skyping him the night that I found out I can never forget how happy I could see the Nur In his face.When the kid was born we could obviously tell that something wasn't right but just shrugged it off but a few months later the *** fessed up when my cousin got suspicious the kid looked full on bantu!! I just got the news like 30 minutes ago I will keep you updated.

Staff Member
Moderator
You can DNA test your kids these days, on the cheap. Cheating on your husband without contraception would be so dumb. 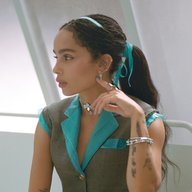 Amun said:
You can DNA test your kids these days, on the cheap. Cheating on your husband without contraception would be so dumb.
Click to expand...

Sex feels better without condoms and also in the heat of the moment you can easily forget such things.
J

VIP
Yep fuck that. Marrying back home is just basically calling for a gold digger.

MariaMaria said:
@Jerome in the house this will be you DO UR RESEARCH WARYAAA

Uuf uuf. After my uncle did the same thing and got abandoned after a month my view towards women back home completey changed. It hurts worse when u have a family member that gets impacted like that
Last edited: Apr 10, 2018

Jerome in the house said:
Yep fuck that. Marrying back home is just basically calling for a gold digger.
Click to expand...

Nah just get a reer badiyo wife no gold digging there. 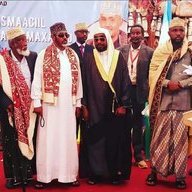 There are way better sex tourism destinations. Da fuq would you go to Sharia law land for that. 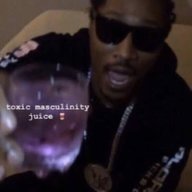 Get a wife from one of your clans tuulos those ones are pure never get a city wife.

Wallahi. When you think your getting a nice docile wife this shit happens. 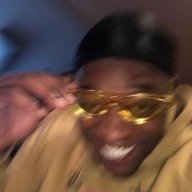 Never entertained the idea of marrying a fob from Somalia.

shabellegal said:
Never entertained the idea of marrying a fob from Somalia.
Click to expand...

No women ever does only men get wives from back home.

shabellegal said:
Never entertained the idea of marrying a fob from Somalia.
Click to expand...

For women it is a dumb move (guy won't make much), but for guys it is a bonus (submissive servant wife).

Somaliweyne Unionist said:
No women ever does only men get wives from back home.
Click to expand...

Doesn't this create an imbalance?

Amun said:
For women it is a dumb move (guy won't make much), but for guys it is a bonus (submissive servant wife).
Click to expand...

Even that doesn’t make sense. Wouldn’t you rather have an educated wife who makes a good salary? I swear Somalis are so content with being poor lmao.

If 25% of Somali guys marry FOBs from Somalia, who the fuck marries the excess 25% of Somali women in the West?
Click to expand...