Difference between a coon Ana Arab and an Alpha Geeljire

Whoever bootyclaps for a group and puts down his people is a nacas. Normal everyday arabs have love for somalis and consider us their brothers. But bootyclappig for them is a dumb thing to do. We give credit where its due, and call out their mistakes instead of attacking them blindely like dumbasses.
Like the guy who was angry about giving money to syria and palestine. This dumb fucker doesn't know somalis used to go to Syria visa free while africans didnt give visas to somalis. Let your "my niggas in africa" help you. Xoolo xoolo dashay. If you gonna hate, hate for a reason, not because they are "white niggas" or arabs.Fuck both jareer bootyclappers and arab bootyclappers. 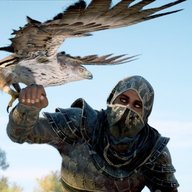 Staff Member
Moderator
Lol, SomaliSpot should become the meme factory for Somali social media. Let's do more of this.

Al-Bukhaari (6767) and Muslim (63) narrated that Sa’d (may Allaah be pleased with him) said: I heard the Prophet (peace and blessings of Allaah be upon him) say: “Whoever claims to belong to someone who is not his father, knowing that he is not his father, Paradise will be forbidden to him.”