I have been observing the French immigrant culture, and I truly pray that we don't sink this deep.

Damn imagine getting beat down to a ringtone 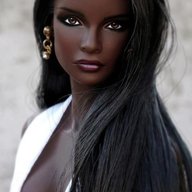 Renaissance said:
I have been observing the French immigrant culture, and I truly pray that we don't sink this deep.
Click to expand...

immigrants in france are not well integrated at all, causing immense issues. the main problem was making all of them live in ghetto projects circling paris then leaving/ignoring them.
the Uk is nowhere near this bad, or any significant immigrant nation in europe. even the french they speak is unintelligble to other french people.