So pewdiepie came out as a nazi racist today who hates n***ers. Normally I wouldn't care as he is a mayo eating wet dog smelling sister loving insecure honkie and racism is a big part of their culture but this one is very concerning.

My 14 year old brother watches this fucker and follows him. I don't want him pushing his white agenda on the kid and conditioning him to see white people as better.

I need to have a long talk with him about race issues or he will grow up having self hate.

If you have siblings of that age then talk to them before it's too late. They are being raised by these racist YouTubers and it's very sad

Show us a video or source.

Can't find anything about him coming out as a racist 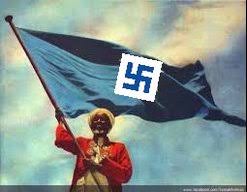 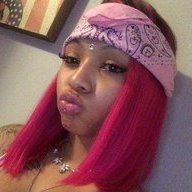 Put some respect on our flag nacaala

U need to whip ur little brother for supporting this fag.
M

XamarCade said:
U need to whip ur little brother for supporting this fag.
Click to expand... 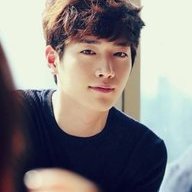 I don't watch his videos but do you a video or anything else, where he says something racist?

Khad714 said:
I don't watch his videos but do you a video or anything else, where he says something racist?

For your own sake avoid the comments

VIP
The gaming community is filled with these kinds of people. If you think the YouTube comments on that video are bad then go read the Reddit comments.

maestro said:
For your own sake avoid the comments

He just said the word nothing else

VIP
The OP is correct, if you're not the person that sets the narratives by shaping his values, beliefs and character then the poisoned wider society will do that job for you to devastating effects.

When these scientific materialist, anti-humanists, irrationalists, satanists, closet white supremacists get a hold off him, it's game over, he will inadvertently serve his oppressors, argue in favour of them against his own

He will suffer from intense self-hatred and even take up their religious beliefs as you can see with many of the sspot users on here, indoctrination is a powerful thing and humans in general are screwed once this happens.
Last edited: Sep 12, 2017

Khad714 said:
He just said the word nothing else

Kkkk kulaha
Where did you learn that from

And why aren't you saying 'nacaala' after every sentence

Jjero said:
you will understand the significance of the word when you get older abaayo macaan

Kkkk kulaha
Where did you learn that from

And why aren't you saying 'nacaala' after every sentence

War na dhaaf wtf how's does how I type concern you

YoungFarah said:
War na dhaaf wtf how's does how I type concern you

Khad714 said:
He just said the word nothing else

The way he said it was very smooth. Means he says it all time when he's alone but was caught on livestream. He probably also calls black people that when they aren't around. Also 6 months ago he was accused to be a Nazi but he declined. Now he's finally shown the world what he is