Breaking: Will the Nabad and Noolal coup led by Asad Diyaano and King Burhan succeed

8 Votes tells everything you need to know about his run

Chief Strategist and Mastermind Boqor Burhaan is sharping his knife

This is such fake news uff. how could you resort to this slander. Get a life and stop spreading lies. The poeple of Puntland are happy with Deni and Boqor Burhaan (May ALLAH protect him) would never do such a thing. He is a peacemaker.!!!!

kk the Boqor is chief strategists and he's cooking up things in Mogadishu and abroad.

He lost his relevancy and stature and didn't attend Deni's inauguration and campaigned against him and encouraged Asad Diyaano against him by making him run against him.

He went to Laascaanood to convince Somaliland to help his candidate and failed by using Caare in Qardho card.

He is the big fish and the guys like Asad are the ones he uses to stay relevant.

Boqor Burhaan once brought this insanity

Reer-Bari said:
that list is fake issa yulux is in garowe right now and he fought against somaliland in tukaraq. he got rich from piracy but he was never a terrorist. all those list were made by cudad ridden tribalist. walahi thats why i love my people they dont care about tribes. and by the way gallan during his rebbelion was supported by most barri tribes and even issa mohamoud. so stop the lies. and his base was froom carmo not qandala. he was tthe one who was send to qandala by gaas to get rid of isis. walahi you and @Reiko are disgusting people.always insulting people but now you want to lie about someone who got killed in the mosque during friday prayer just to protect a scumbag from your tribe who killed him. walahi i pray allah forgived both of you.
Click to expand...

No cismaan maxamud are the majority in bari and they did not support gallan infact gallan was only supported by his tribal militia cali saleeban and carmo is part of bosaso district which is owned by cismaan maxamud iyo disheshe thats why gallan militia captured qandala and today qandala is a safe haven for al shabaab and isis terrorists.

Next he was to bring inexperienced Asad Osman who had zero political experience just like he brought the insanity before him.

He likes simple minds that he can influence easily.

The motor is Boqor Burhaan. His wheels are the likes of Asad and the discarded Gaas.

Abdalla said:
Say hi to your dad for me

At first I thought Saahid was reer baraxleey but lately I've been having some doubts... cause it seemed odd that a mooryaan from baraxleey would be so obsessed with Dr. Gaas. So then I asked myself...who hates Dr. Gaas the most? Obvious answer was Faroole & his sons!

Anyways, now it all makes sense. His hatred for Dr. Gaas is personal. It’s been >5 years and he still hasn’t gotten over his father losing to Dr. Gaas

Manzana you seem not as emotionally destroyed as Abdalla who is normally coherent but lost it.

Gaas was a tyre that was replaced by Boqor Burhaan hence why he only got 8 votes.

He was mentally unfit to lead and only cared to fill his stomach that is why he bragged about building lavatories the only thing in five years to show for which he was ridiculed for and told not to embarrass himself by running.

At the end he got what he deserved.

He didn't progress to the second round and was eliminated, this did not even happen to Adde Muuse who he was similar too.

Adde progressed with 8 votes to the second round after being tied with Nuraddin Aden who also had 8 votes.

Gaas scoring similar abysmal vote number didn't even make it to the second round.

Puntlanders, expect to see more dubious accusations about the honorable Boqor coming from this nacas.


This Hawiye man is obsessed with us, may Allah protect us from his obsessive role-playing and lies.

Puntite being delusional only will bring heartache ask yourself ignoring reality has adverse consequences just ask Abdalla who is emotionally destroyed because he wouldn't accept the writing on the wall.

Politics is about what takes behind the curtains in anticipation of next moves.

You want to hold hands and sing everything is fine when it isn't.

I am a trend setter. When I first raised the matter with elections they couldn't understand and asked what the fuss was about.

I joined this forum because I was shocked with the delusion and how no one was thinking critically or ahead.

It seemed like a strange place a safe zone.

This was q shock to their system.

VIP
Just prove you are an MJ so that we can discuss your comments in peace.
You are making it worse for yourself.
G

@Saahid Qamaan one way or another I’m going to find you, wallahi you’re going to regret ever mentioning my cousin Asad or Boqor Burhan. Keep hiding!

Saahid Qamaan said:
Next he was to bring inexperienced Asad Osman who had zero political experience just like he brought the insanity before him.

He likes simple minds that he can influence easily.

The motor is Boqor Burhaan. His wheels are the likes of Asad and the discarded Gaas.
Click to expand...

how is a Harvard professor a simple mind

Tukraq there is a joke in Puntland

'If being educated means becoming like Abdiwali Gaas, it is better to be not educated at all'

He brought education and doctorate into disrepute let alone Harvard.

Puntite and Reiko have your comfort blankets with all the others in here who thought it was a safe spot/space. 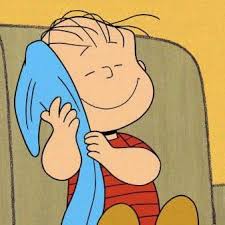 Saahid Qamaan said:
Tukraq there is a joke in Puntland

'If being educated means becoming like Abdiwali Gaas, it is better to be not educated at all'

He brought education and doctorate into disrepute let alone Harvard.
Click to expand...

sahib what are you talking about, are you implying that being well educated in your field to the point of teaching at the worlds best university is somehow a bad thing

we need more educated elders like gaas not less