Al Pacino has signed on to join the cast of writer-director Bryan Buckley’s Where the White Man Runs Away.

Captain Phillips star Barkhad Abdi and Melanie Griffith also are joining the drama, which marks Buckley’s follow-up to the 2015 Sundance hit The Bronze. Evan Peters (X-Men, Kick-Ass) already is onboard to star as real-life rookie journalist Jay Bahadur, who wrote the best-selling book The Pirates of Somalia.

Pacino will play the role of Seymour Tobin, a fictitious Vietnam War correspondent whose passion for telling the uncensored truth far exceeds the battlefield. Abdi, who nabbed a supporting Oscar nomination for playing a Somali pirate in Captain Phillips, won't be playing a bandit of the African high seas this time. Instead, he will portray the translator who helps Bahadur navigate Somalia. Griffith will play Bahadur's eccentric, loving mother.

The project has a Captain Phillips connection beyond Abdi’s casting. Bahadur famously interviewed one of the pirates who later hijacked the Maersk Alabama, which was the subject of the Tom Hanks-led film.

Pacino most recently starred in Barry Levinson’s The Humbling, the Dan Fogelman-directedDanny Collins and the David Gordon Green-helmed Manglehorn.

Production on Where the White Man Runs Away begins this month in New York and will move to Cape Town, South Africa, in March.
G

Our boy will get an Oscar. 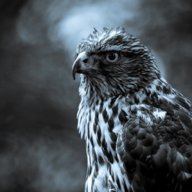 The guy is going places