Who were the ancient Azanians?

The artifact below was excavated from the Merca area in southern Somalia. It dates from the 6th century CE and shows a long-haired, fine-featured, tall, beautifully attired and bejeweled maiden carrying water: 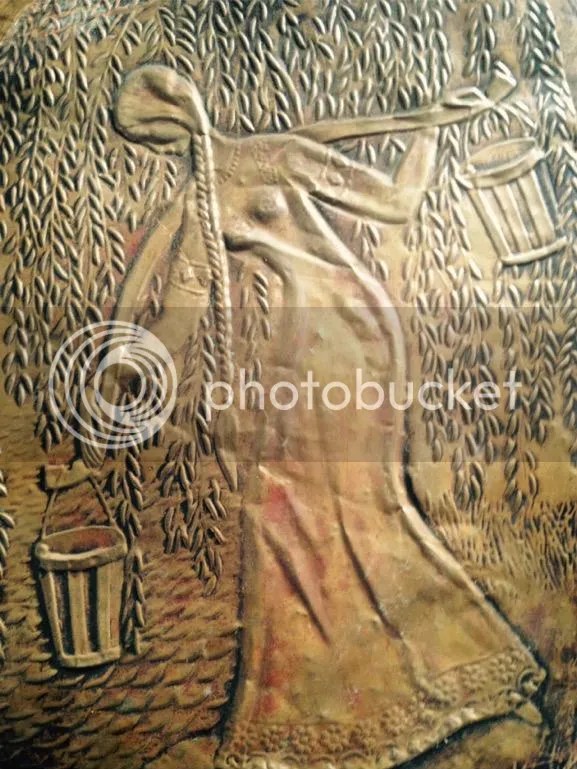 Given the artifact’s pre-Islamic date and place of excavation, it appears to depict an Azanian individual — the first visual representation of its kind to be unearthed. This is also confirmed by the female figure’s Caucasoid facial features, tall stature, long soft-textured hair, agropastoral activity, and attire.

But just who were the Azanians? They were an early Cushitic people described in the 1st century CE Periplus of the Erythraean Sea, a travelogue penned by a Greek merchant based in Alexandria, Ptolemaic Egypt. The guide indicates that the Azanians inhabited the southern Somalia littoral and the territory just below that i.e. in ancient commercial ports like Nikon, Sarapion and Rhapta on the Azania coast. By the 10th century, the Azanians in the Great Lakes area would be completely absorbed or displaced by incoming Bantu/Nilotic populations.

1. “Rhapta is described as a place inhabited by big-bodied men. Many authorities remark that there is no specific mention of negroid people in the Periplus or of any distinction between the fair-skinned people of the Somali coast and the dark-skinned people south of the Juba. The implication is that Bantu-speaking people had not at this stage moved north of Rhapta. The phrase ‘big-bodied’ has also been taken to refer to Cushitic-speaking people (there are survivals of Cushitic languages in East Africa).”

2. “The Periplus records the names of ports, gives advice on how to comport oneself with local leaders, and describes the goods for trade.The Africans were tall and described as “red men” who fish, hunt, and herd cattle, sheep, and goats. These Azanians were most probably Cushitic speakers who had migrated into eastern Africa from Ethiopia, and were not the darker-complexioned inhabitants described by Muslim traders on the East African coast several centuries later. They had valuable items to trade — ivory, rhinoceros horn, tortoiseshell, spices, particularly cinnamon (Cinnamomum zeylanicum), the most profitable spice in the trade, and perfumes (frankincense, myrrh, and ambergris) — that were exchanged for iron, wheat, cloth, and porcelains.”

3. “it is significant that the [Periplus of the Erythraean Sea] author remarks only on [the Azanian’s] stature. He seems, therefore, to assume that they were Caucasians, for, to a Greek of his day, Negroes would have been strange beings whose characteristics would certainly have been noted. In this assumption, of course, he was right, since, as noted above, the archeological evidence demonstrates indisputably the complete absence of Negroes in this part of Africa for centuries to come. The Cushitic peoples, however, are noted for their tall stature. The inhabitants can therefore have been no other than Megalithic Cushites who had descended the few miles from the Kenya highlands to the coast and there turned to maritime pursuits. This is attested by the numerous megalithic remains, including stone phalli, which still dot the Azanian coast.”

VIP
If the Azanians were Somali then how did hunter gatherer groups, Oromos and Bantus end up in southern Somalia during the time of the Mogadishu sultanate?
G

RedStar said:
If the Azanians were Somali then how did hunter gatherer groups, Oromos and Bantus end up in southern Somalia during the time of the Mogadishu sultanate?
Click to expand...

Salam walaal. The azanians were most likely Proto Raxanweyn somalis, they used to be a seperate cushitic group that later got assimilated by somali clans. That is why they speak af maay maay and Af Boon.

The bantus came via the bantu expansion to southerneast Africa they were not present in somalia at all before the slave trade in the 18century. Nor was any oromo present in southern somalia during the time of the mogadishu sultanate , as the text above says by time of the greeks met the azanians it is evident that the bantu groups called zanj hadnt startted their migration and expansion yet.

The oromo came to kenya via the oromo expansion that took place in medieval time 16 century, before that they were located in upper highlands of ethiopia.

Btw somalis dont border any bantus but here is the ethnic map of kenya, we border oromos.

We dont even border any bantus soo it would be fictionated and logistically impossible to suggest that bantus were in somalia prior to the 19 century arab slave trade.

i hope this helps!

Azanians were actually just normal Cushtites, the Ancestors of Somalis, Oromos, Afars, Saho, Beja and Agaw. They ruled from Southern Egypt, North-East Sudan, Eritrea, Ethiopia, Kenya to even Northern Tanzania and its Coasts. But then Bantus came during their Bantu expansion along with Nilotes where they genocidally killed them all and assimilated the rest.

Khattab AlMajerteeni said:
Azanians were actually just normal Cushtites, the Ancestors of Somalis, Oromos, Afars, Saho, Beja and Agaw. They ruled from Southern Egypt, North-East Sudan, Eritrea, Ethiopia, Kenya to even Northern Tanzania and its Coasts. But then Bantus came during their Bantu expansion along with Nilotes where they genocidally killed them all and assimilated the rest.
Click to expand...

They repelled the Bantu/Nilo expansion in Kenya and South-West Ethiopia, and stayed in the Horn since evolving to Sub-groups later on. And after numerous centuries, I'm born thanks to their efforts!