Which SSPOT misfit is this one

New photo Student flees The Savoy in London after ordering £1,750 bottle of one of the world's top wines 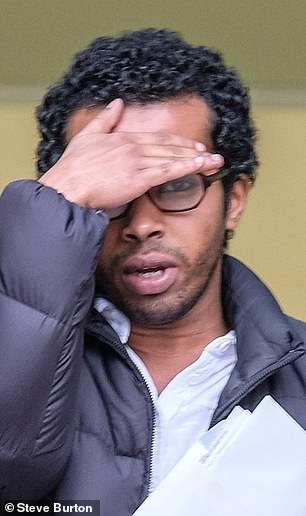 As one of the world’s top wines, a bottle of 2004 Chateau Mouton Rothschild is a splendid choice to celebrate a special occasion.

Acclaimed by experts for its ‘fruity notes of black cherry, candied quince and liquorice’, it even bears a label designed by the Prince of Wales.

Yahya Egeh had intended to use the money – a gift from his mother – to buy a burger to celebrate his 20th birthday. Instead, he ended up in The Savoy in Central London, where he ran up a restaurant bill of £2,146.50, including the wine

He was detained by security staff after attempting to slip out of the five-star establishment in The Strand without paying.

Westminster magistrates heard last week that the architecture student from Willesden Green, North-West London, was persuaded to go to The Savoy after being telephoned by a friend, named only as Tallulah.

Egeh ordered food and the bottle of wine while waiting for his friend. But his lawyer, Shaher Bukhari, said: ‘Tallulah never arrived and he started to panic.’ 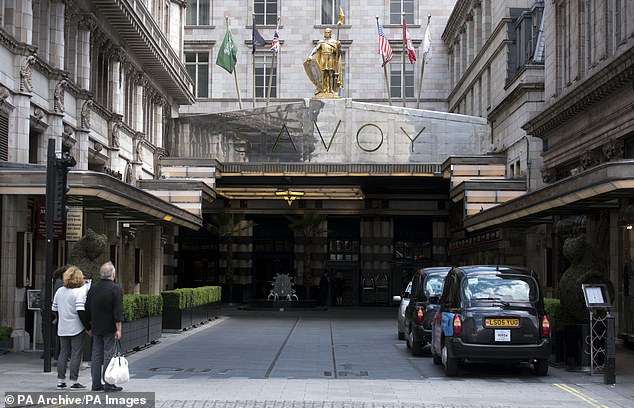 She said when Egeh tried to leave, he was apprehended by security staff, who then called police. ‘He apologised for what he did,’ the lawyer added.

Prosecutor Matthew Groves told the court that Egeh, who admitted making off without payment, had no previous convictions.

Egeh will be sentenced on Friday, following the completion of a probation report.

First produced in 1853, the wine has had premier grand cru status – given to the most prestigious wines from Bordeaux – since 1973.
D

Why would you even drink in the first place?

Let's say you're a non believer; you drink, how bout you pay for the sh!t you drank?

Y'all niggas are losing the dhaqan and most importantly the deen. Can't find any somali diaspora worser than the UK diaspora

I see nothing wrong
You were just trying to get lit.

We all have those moments
J

Why would you even drink in the first place?

Let's say you're a non believer; you drink, how bout you pay for the sh!t you drank?

Y'all niggas are losing the dhaqan and most importantly the deen. Can't find any somali diaspora worser than the UK diaspora

Relax
The nigga just wanted to turn up on his birthday

Plenty of diaspora here in the states do the same thing.
D

Jake from State Farm said:
Relax
The nigga just wanted to turn up on his birthday

Plenty of diaspora here in the states do the same thing.
Click to expand...

Yeah, by drinking wine? Idc if he does drink wine, but not paying for it..?!?!


How smart of you, Jerome!

Dalmoor said:
Yeah, by drinking wine? And not paying for it.. bs

How smart of you, Jerome!

I meant the drinking part.

He was given £20 for his birthday by his unassuming mother to buy himself a burger.

After that he tried to slip away but was held and confronted by a security guard.

He claimed that his friend Tallulah read local drug dealer Abdullahi did not turn up and panicked.

Assuming if he gave Abdullahi's name away he'd be murdered or Abdullahi was caught on his way to the Savoy as he tried to sell to affluent folks and make some money on the way there to an undercover police man.

What other secrets does Yahya Egeh have one has to wonder.

He is not very smart as this stunts are pulled by many wanting to brag that they celebrated their birthday in the Savoy but this one tried to slip under the radar unnoticed but still enjoy the benefits of prestige dinning!