VIP
I don't like the song and I don't get the hype surrounding DS2.

I love the song.

My brother bought the album and I was listening to his iTunes account earlier. It's dope.

I like this song because of papi, and Serve the base, groupies and Rotation...


Smh my bro was probably there...


I heard he kept giving Somalis shout out through out the show, I bet champagne papi taught him..

VIP
Because of Future, Drake and The Weeknd, Xalimos on Twitter are proud of putting Somali on their bios.

Sensei said:
Because of Future, Drake and The Weeknd, Xalimos on Twitter are proud of putting Somali on their bios.

The weeknd only likes white women, he hangs out with pirates as in Somali guys only. I bet if a Somali chick or Eriterian or Ethiopian was 2 miles near him, he would call security. Looool

But papi has love for Somalis no matter what. Future is new to the Somali bandwagon lool. I am just waiting for kendrick Lamar and j cole to get on the wagon. And Nasir jones.

VIP
The Weeknd doesn't like ratchet new world Black women. He banned them from a nightclub he performing at in Toronto & they all went nuts on social media. Worse, all of the Horn of Africans were let in.

Yoo I heard the AA women complaining on Lipstick Valley about TheWeekend being self-hating cuz he didn't like them. lmao.
G

Sensei said:
Because of Future, Drake and The Weeknd, Xalimos on Twitter are proud of putting Somali on their bios.

They still do btw, they are official citizens of the country called East Africa 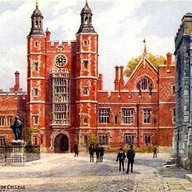 TheMightyGeeljire said:
Yeah before that they were proud of putting only East African on their Bio

They still do btw, they are official citizens of the country called East Africa

If someone said I'm east african, I'd imagine a Negrid simply because they are the majority.
G

It's because of drake Somali , Eritreans and Ethiopian girls put East African on their bios on social media

Drake is from Toronto the somali capital of North America soo it's no suprise he would give us shoutouts.
He probably grew up with mostly somali kids.

So I don't know why somalis go nutts and crazy. Knaan has been giving us shoutouts since 2004!!

I remember a blog where someone exposed all the Ethiopian girls he was hooking up with, it was bunch of fat asses many had ugly faces the only singular thing were that they all had grossly obese asses.