Was your family Nomadic, Semi-nomadic, or city dewler before the war

A recent thread about Somalis social classes got me thinking. How common where city-dealers before the war. Obviously there were more people of city-dewler decent in the west as they got out first but I’m still curious to your ancestors.

My own family where full nomads almost 5 generations ago until one my forefathers moved into Mandera. I’m guessing they were semi-nomads until recently. Some branches of my family still are full nomads but most moved to the trade hubs of east Africa for business
9

No they wuz kangz

VIP
City folks, I have pictures of my dad dressed like this with bigger Afro 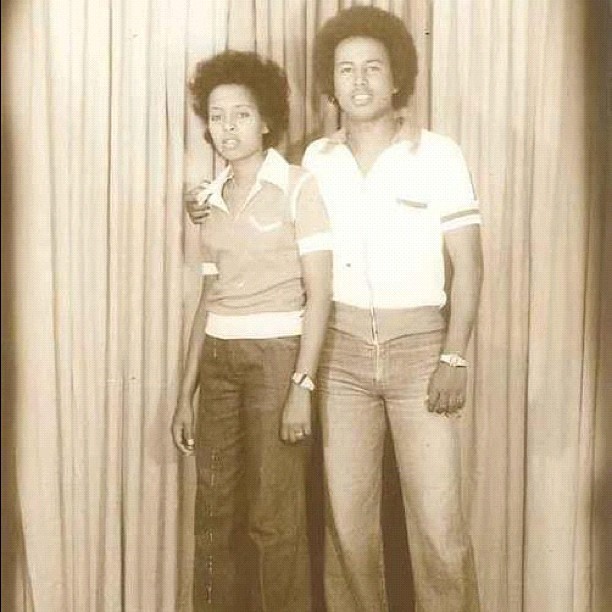 but my mom’s subclan moved inland in later years i think.

VIP
My dad was a nomad. He ran away from home to the city when he was a kid. This was very common back then. My mom was reer magaal though.

TheShinning said:
City folks, I have pictures of my dad dressed like this with bigger Afro
View attachment 70658

Those ware the Afro Disco Time. The cloth fashion the hair style damen they ware on top of their game at that time.

Crow said:
My dad was a nomad. He ran away from home to the city when he was a kid. This was very common back then. My mom was reer magaal though.
Click to expand...

Same with my dad. My dad's uncle told my grandfather he needed borrow my dad for a bit because one of his sons fell ill. When my grandfather agreed, he took him to the city and dumped him at my father's maternal grandmother. Turns out she plotted the whole thing. Enraged, my grandfather tried to get his son back without looking like a cold bastard that ripped a motherless child from his grandmother's loving arms. He failed and died like a year after

So I guess reer magaal

my grand father came to town in 1930s,he was only 15,my father born in town,my mother was born in aden. since then we were towns people from both sides. actually we have no one from my parents side left in countryside for atleast 70yrs.
N

It's not either/or. Somali families are too large for that. Some of my family were urban, some rural, some well known wadaads. Either way, before most Somalis became urban dwellers they were nomadic pastoralists. My great grandfather on one side raised horses and on the other side was a well known Somali Sheikh. Both of their children who married (my grandparents) were pastoralists and my mother and father (raised by aunts/uncles) were reer magaal who spent their off time in badiyo.

The Somali culture is centered around pastoralism even to the generally accepted meaning of the word Somali. I get the indication that some people on this site are ashamed of that which is weird,