VIP
Allergies are common—and depending on what you are allergic to and the severity of your allergies, it can be everything from a daily nuisance, to a debilitating handicap, to deadly.

Now, the promise of a ‘universal treatment’ has just come to light. The method follows a system that could potentially end all allergies by using a ‘Trojan horse’ concept that will allow our bodies to recognize common allergens as the harmless elements that they really are.

For years, scientists have tried in vain to prevent human immune systems from going haywire after being exposed to things such as pollen, animal fur, dust, etc. Their current efforts take a different approach. Instead of trying to calm the immune system, they are trying to use nanoparticles to carry these common allergens past the immune system’s defenses so that it officially recognizes these elements as being harmless.

The research has been tested so far on mice that were allergic to eggs. The nanoparticles used to carry the allergen to their immune systems was made of dissolvable, FDA-approved polymer. This was filled with egg protein before it was injected into the mice. Typically, the mice would show asthma-like symptoms, but because the egg protein was being carried inside what the immune system considered to be friendly nanoparticles, the body didn’t react.

After the treatment, the mice didn’t display allergic reactions to eggs anymore and showed that their immune systems were actually stronger.

“It’s a universal treatment,” said lead researcher Stephen Miller from Northwestern University in Chicago. “Depending on what allergy you want to eliminate, you can load up the nanoparticle with ragweed pollen or a peanut protein.”

That said, there’s a long way to go before it actually becomes the true, universal cure for humans. More experiments need to be conducted on mice before the scientists move in to test how effective the treatment is in humans. However, the same concept is being used on autoimmune conditions and has thus far delivered promising results.
F

Interesting. I hope they find a cure for food allergies, it's sucks especially when you're a kid. 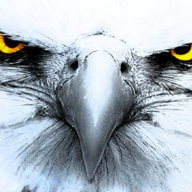 Sprite / 7 Up is the best remedy according to Somalis