VIP
MOGADISHU, May 30 (Xinhua) -- The UN Population Fund (UNFPA) on Thursday condemned the gang rape of a nine-year-old girl in the central Somali town of Bulo-Burde, some 425 km west of Mogadishu.

Anders Thomsen, UNFPA Representative for Somalia, Anders Thomsen called for a speedy investigation into the grave crime on the little girl who was gang raped on Wednesday.

"We strongly condemn the gruesome act and reaffirm our commitment to stand with both the government and people of Somalia to ensure that sexual and gender based violence is eliminated," Thomsen said in a statement issued in Mogadishu.

He called on the Somali authorities to ensure the availability of adequate protection measures for girls and women in Somalia.

According to UNFPA, gender-based violence is a grave violation of individual women's and girls' rights.

The girl, whose identity has been kept a secret, was taken into hospital after she was brutally raped in Bulo-Burde. The girl's family has called for justice.

The brutal rape came a day after a 20-year-old girl was stabbed to death in north of Galkayo town in central Somalia.

In March, a 12-year-old girl was found dead in the north of Galkayo town, after she was abducted, raped and murdered. 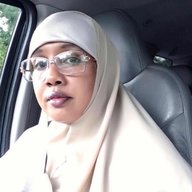