Today I have had war of words with Hindus. 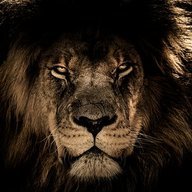 I krabashed them hard. Dare you ever insult prophet Mohammed pbuh 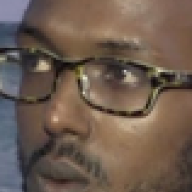 tell us what happen.

Hindutva. Indian Hindus are overcome with nationalistic lust. They’re asking their population for papers to weed out illegal Muslims the same way we ask Mexicans for their documents, and call ICE on them.

VixR said:
They’re asking their population for papers to weed out illegal Muslims the same way we ask Mexicans for their documents, and call ICE on them.
Click to expand...

Except Muslims are actually getting killed there....u missed that point

IBRAHIM. said:
tell us what happen.
Click to expand...

Cunts tried to have huge hashtag insulting the prophet in Twitter, online mujahadeen hijacked the hashtag I was one of them.
L

«So here is the issue that needs to be clarified:Many people use the abbreviation “SAW,” “SAWS,” or “PBUH” to fulfill this obligation in their writing. Is this something that fulfills the obligation of sending the salaah and salaam on the Messenger? Let us look now to some of the statements of the scholars regarding this practice. The Permanent Committee of Scholars in Saudi Arabia headed by ‘Abdul-‘Azeez ibn ‘Abdillaah ibn Baaz issued the following verdict when asked about the validity of abbreviating the salaah on the Prophet (sallallaahu ‘alayhe wa sallam): “The Sunnah is to write the entire phrase “sallallaahu ‘alayhe wa sallam,” since it is a kind of supplication, and supplication is worship, (in one’s writing) just as it is in one’s speech. So to abbreviate it using the letter SAAD or the word SAAD-LAAM-‘AYN-MEEM is not a supplication nor is it worship, whether it occurs in speech or writing. For this reason, this abbreviation was not used by the the first three generations, those that the Prophet (sallallaahu ‘alayhe wa sallam) testified to their goodness.” [8] “SAAD” and “SAAD-LAAM-‘AYN-MEEM” are often used in some Arabic books. The English equivalents of these abbreviations would be: SAW, SAWS, SAAWS, PBUH, and the likes. Al-Fayrooz-Abaadee said, “It is not appropriate to use symbols or abbreviations to refer to salaah and salaam, as some of the lazy ones do, as well as some ignorant people and even some students of knowledge – they write ‘SAAD-LAAM-‘AYN-MEEM’ instead of writing ‘sallallaahu ‘alayhe wa sallam.'” [9] Ahmad Shaakir said, “It is the absurd tradition of some of the later generations that they abbreviate the writing of ‘sallallaahu ‘alayhe wa sallam.'” [10] Wasee Allaah ‘Abbaas said, “It is not permissible to abbreviate the salaams in general in one’s writing, just as it is not permissible to abbreviate the salaah and salaam on the Prophet (sallallaahu ‘alayhe wa sallam). It is also not permissible to abbreviate either of these in one’s speech.” [11] And Allaah knows best. May the most perfect and complete salaah and salaam be upon our beloved Messenger, and upon his noble family and companions.»
FOOTNOTES 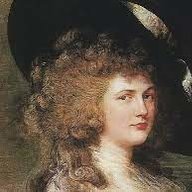