The three types of souls - by Musa Furber 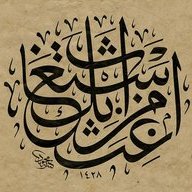 Some editions of Abū ʿAbd al-Raḥmān al-Sulamī’s Infamies of the Soul and Their Treatment include a small introduction on the three different types of souls.

The second [type of soul] is the reproachful soul. It reproaches good and evil, and is impatient [whether] things are easy or difficult. It regrets what it has missed and reproaches for [missing] it, saying, “If only I had done such-and-such,” or “If only I had not done such-and-such.” It is the immoral and rejected soul. Whenever this soul is dutiful or immoral it reproaches: if it does a good deed it says, “Why didn’t I do more‽,” and if it does an evil deed it says, “If only I had not done that!” It reproaches itself in the Afterlife for squandering this life. It is the soul by which Allah Most High swore when He said, “And I shall swear by the reproaching soul” (Q75:2).

[The third is] the soul that incites evil, the one concerning which Allah Most High – when conveying [the story of] Yusūf (peace be upon him) – said, “The soul does indeed incite to evil” (Q12:53), [and elsewhere] “and curbed their souls’ passions” (Q79:40), “Do you see he who has taken his passion for his god?”(Q45:23), and other verses which indicate the evils of the soul and its little desire for good.

Allah Most High says, “And strive for Allah with the striving due to Him”(Q22:78) – meaning striving against the soul and preventing it from following caprice.