The Ministry of Commerce and Industry of the Government of Somalia 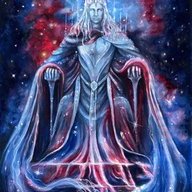 The Alpha and the Omega

The Ministry of Commerce and Industry of the Government of Somalia have today announced to design the Somali national flag.
The ministry said “it will open a transparent competition for the companies that meet the designing requirements”

VIP
Ethiopia told them to remove the Ogaden star

That is badly construed of the actual matter. The ministry has announced due to varying variations of the Somali flag some using light blue, blue or really dark blue colours that it will award a 10 year contract to a Somali company that can produce the right flag of Somalia according to the flags guidelines for official use by the government, office of the President, embassies abroad and official festivities.

They must be able to produce all kind of flag sizes used for cars, buildings, offices and embassies.

This comes after the twenty odd years of war the national symbol was lost and it is to revive it by producing the flag according to its specifications.

This is what the constitution says Article 6 makes it clear

Article 6. The Flag and National Symbols

(1) The flag of the Federal Republic of Somalia, as shown in section A of Schedule One, is a light blue rectangle in the centre of which is a white star with five equal points.

(2) The emblem of the Federal Republic of Somalia, as shown in section B of Schedule One, is a blue shield with a gold frame, in the centre of which is a silver-coated, five-pointed star. The shield is surmounted by a decorated emblem with five golden heads, with two lateral ones halved. The shield is borne from the sides by two leopards facing each other under the lower point of the shield, along with two palm leaves, which are interlaced with a white ribbon.

(4) The Federal Member States of the Federal Republic of Somalia shall have their own flags and national symbols in accordance with the federal system.

According to many this is our flag however Article 6 makes it clear it definitely is not. If you think this is Somalia's flag you failed. The flag of Somalia is light blue rectangle with a star in the centre which has five equal points.

The flag is a national symbol therefore one cannot use what colour they want or stars that have different sized points.

This effort is part of the revival of the country.

I congratulate Minister Maareeye for introducing this steps