The man who single Handley DESTROYED the islamic sciences. 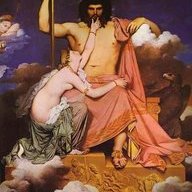 This is the man responsible for putting superstition around the sciences and calling the manipulation of numbers the work of the “DEVIL”.

During his life, he authored over 70 books on science, Islamic reasoning and Sufism.[46] Al-Ghazali distributed his book The Incoherence of Philosophers, set apart as the defining moment in Islamic epistemology. The experience that he had with suspicion drove al-Ghazali to shape a conviction that all occasions and connections are not the result of material conjunctions but are the present and prompt will of God.

I.E. “so you rub to stick together and fire. Its not cause and effect it God's divine will.


Imam al-Ghazali wrote in his autobiography Deliverance from Error: “A clumsy and stupid person must be kept away from the seashore, not the proficient swimmer; and a child must be prevented from handling a snake, not the skilled snake-charmer.”

This was his advice in regards to the science of philosophy, particularly the Greek philosophy of Plato and Aristotle which many Muslims took pride in studying. He was warning them of the dangers that could result from this study. But he didn’t stop there. He even warned people about studying mathematics and other sciences. Why?

So You Thought You Were Safe
“What’s wrong with math?” you might ask. “That has nothing to do with religion.” Here is what al-Ghazali had to say: “The mathematical sciences…nothing in them entails denial or affirmation of religious matters…from them, however, two evils have been caused…”

The First Danger: Blind Conformity
“One of these is that whoever takes up these mathematical sciences marvels at the fine precision of their details and the clarity of their proofs. Because of that, he forms a high opinion of the philosophers [who were the mathematicians at that time] and assumes that all their sciences have the same lucidity and rational solidarity as this science of mathematics. Moreover, he will have heard the talk of the town about their unbelief and their negative attitude. [They say]: ‘If religion were true, this would not have been unknown to these philosophers […]’”

Al-Ghazali then expresses his deep regret over this sad state of affairs: “How many a man have I seen who strayed from the path of truth on this pretext and for no other reason!”

The only thing that has changed in our time is that it is not the philosopher who holds such a position in the eyes of students, but rather the scientist. How many times have I heard a Muslim doubting something about his own religion while saying: “But scientists say…”? One thousand years and not much has changed.

Imam al-Ghazali goes on to say that a man skilled in one field is not necessarily skilled in every field. Also, the internal consistency of one subject does not necessarily relate to another subject. Today, we find that even psychiatrists need a shrink or some family counseling sometimes. Just because someone may have the ability to process mathematical equations quickly in their mind or to figure out how certain chemicals react with one another doesn’t mean they have all the answers to life.

The Second Danger: Rejecting the Good
There is another problem. When some well-meaning believers realize the first danger, they begin to form a hatred for the sciences themselves rather than differentiating between the subject and its adherents. The Imam said, “The second evil likely to follow from the study of the mathematical sciences derives from the case of an ignorant friend of Islam who supposed that our religion must be championed by the rejection of every science ascribed to the philosophers…”
This mentality, the rejection of scientific research, whether it be in the natural or social sciences, is also very dangerous. Islam teaches us to take what is good and leave what is bad.

What to Do
So what should a Muslim do in such circumstances? There is no easy answer to that question. The Muslim perception is that everyone ‘needs’ a good (secular) education nowadays and there will naturally be some risks. If we concede the correctness of that ‘need’, the real solution will have to be a long term one, where practicing Muslims end up teaching the sciences, thus cutting off both evils from the root.

In the meantime, we can follow the words of the son-in-law of the Prophet ﷺ: “Don’t know the truth by men. Rather, know the truth and you will know its adherents.”