The day the credit crunch began, 10 years on: 'the world changed'

Staff Member
Administrator
The ninth of August 2007 was the first day of Mervyn King’s holiday. The governor of the Bank of England spent it at Lord’s cricket ground where he was interviewed by the former England cricket captain Michael Atherton. While Lord King was watching the cricket, the French bank BNP Paribas announced it was freezing the assets of hedge funds that were heavily exposed to the US sub-prime mortgage market.

It was the first and last day of King’s holiday. He would not have another for several years. Within six weeks, members of the Bank’s court – its oversight body – were being whisked into the back entrance of Threadneedle Street in a people carrier with blacked-out windows to be told that money was haemorrhaging out of Northern Rock.

For three days in the middle of September 2007, queues formed outside branches of the former building society – the first run on a UK high street bank since the 1860s.

The writing was on the wall for Northern Rock from the moment the markets turned sour on 9 August. Its business model relied on it being able to borrow money from other banks and investors, and that was no longer possible in the panic-stricken conditions of August 2007, when none of the banks trusted each other.

Recalling the drama a decade on, King said Northern Rock “literally ran out of money” even though on paper it appeared to be in a stronger position than any of its UK rivals. It was taking too many risks and had no alternative sources of funds if the markets dried up. 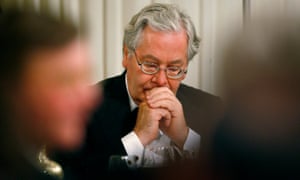 “This meant that any shock to confidence meant they were doomed. They relied on at least half their financing from selling mortgages. They had to find other sources of funding – there weren’t any. Their business model was dead,” said King, noting that there was something “deeply wrong” with the regulatory framework.

Alistair Darling, the chancellor of the exchequer, was also on holiday on 9 August, in Majorca. Lord Darling remembers spotting reports in the papers about the problems at BNP Paribas and regional German banks. “I rang the Treasury,” Darling said. “It was August. There was one man and a dog in charge of financial stability.”

Darling’s feeling was that if there was a problem with German and French banks there were probably problems in the UK waiting to surface as well. He asked for a list of which ones might be vulnerable. It took the Treasury’s skeleton team almost three days to reply but when they did the name at the top of the list was Northern Rock.

The man in charge of Northern Rock was Adam Applegarth, whose aggressive expansion plans for the Newcastle-based lender had made him a stock market darling. For Applegarth, 9 August was the day “the world changed”.

Since the run on Northern Rock, regulation and supervision of banks has been strengthened. Crucially, the UK has put in place a system to deal with failing banks, something that wasn’t available in the summer and early autumn of 2007. Andrew Bailey, who played a crucial role in unravelling Northern Rock, said one of the lessons was to understand what banks were actually up to.

Now chief executive of the Financial Conduct Authority, Bailey said: “If you’re a supervisor you need to understand the business model … The root of it is still how are you earning your money, how are you managing your balance sheet?” 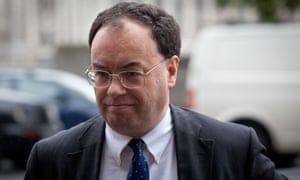 Northern Rock operated what Bailey described as warehousing. The old model of banking was based on taking in savings and lending them out in loans. But this relied on banks being able to attract enough depositors to support their lending ambitions. Northern Rock used its mortgages to support its lending by bundling them up into bonds, which it then sold to the financial markets. This worked as long as the international money markets wanted to buy the bonds.

Northern Rock, Bailey said, had a 10% share of the stock of UK mortgages but was gaining market share rapidly in the six months before it failed, advancing 20% of new UK home loans. “One day they were inevitably going to run out of road,” said Bailey.

Its warehousing model meant it had to sell bonds every three months – and the next sale was due in September 2007. The Bank told Northern Rock it was prepared to act as lender of last resort but this did not emerge until 13 September, when the BBC reported that Threadneedle Street was operating behind the scenes to keep it afloat.

Paul Myners was a member of the Bank’s court. As news was breaking, he recalls court members being told to gather at McDonald’s at Liverpool Street station to be ferried into the Lothbury entrance to the Bank. “We were told there was a massive run on Northern Rock,” said Myners, who was made a peer a year later when the Labour government appointed him City minister during the 2008 banking crisis. 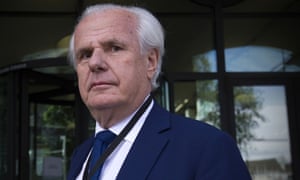 News of Threadneedle Street’s intervention was intended to be a calming influence. But savers took to the internet to try to withdraw their cash and queued round street corners to get their hands on their savings. Northern Rock had fewer than 80 branches, but the 24-hour news coverage meant the queues were broadcast on television scenes in living rooms around the UK and across the world.

The next day, a Friday, King and Darling attended a meeting of EU finance ministers and central bank governors just outside Lisbon. “I was standing with Mervyn looking at Sky News, which was on every available space, and just looking at the queues, which were getting longer,” said Darling “I thought that when we made the announcement [about the lender of last resort facility] it would reassure people. It had the opposite effect.”

King said there was no mechanism to seize control of Northern Rock and the guarantee on savers’ deposits – of £35,000 – was not large enough. On the Monday, the government responded to a third day of queuing with an announcement that no Northern Rock saver would lose money.

“Darling was annoyed when I said to him it is rational for people to join the run but there was a point to my comment,” King said, who recalls that some customers left with cheques rather than cash. “It is rational to join the run and you will stop it only when you give a government guarantee to those deposits,.

“Nothing was done until the Monday afternoon by which time all the psychological damage was done.”

Darling, whose relations with the governor became increasingly strained, said he was reluctant to guarantee all deposits for fear that it would in effect be underwriting the entire banking system. 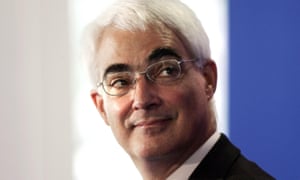 The obvious way to deal with Northern Rock was to nationalise it – a fate that was unpalatable to a Labour government that had abolished the “clause four” pledgeto take control of the means of production as a sign of its modernity.

There was also no formal mechanism for doing so. After a long period without a financial crisis, putting in place a regime to tackle bank failures had not been a priority. The shortcomings of Labour’s tripartite system of regulation – and the tensions within it – were exposed. Powers were shared by the Treasury, the Bank and the new Financial Services Authority after the changes in 1997 when the central bank was given control of monetary policy but stripped of oversight of the big lenders. The Bank’s focus became hitting an inflation target and setting interest rates.

Myners – who took leave of absence from the court to join an ultimately unsuccessful hedge fund bid for Northern Rock – is scathing about the Bank’s response. “We’ve got to be clear the Bank and the governor failed very badly in anticipating what was going on. At times the governor appeared frozen – unable to give a lead,” he said.

King argued that the Bank was doing its job and made it clear to the banks that the money was there if they asked for it. He said the Bank pumped more money into the financial system than any other central bank, but did not shout about it. “We probably should have spoken out more at the time about what we were doing … We paid a price for that. We were actually putting money into the financial system.”

It took until February 2008 for Northern Rock to be nationalised and another seven months for Applegarth’s words in the autumn of 2007 – “it must be difficult for other banks too” – to appear prescient when the collapse of Lehman Brothersput every bank under the spotlight.

“In the end the big story, when you look back 10 years, is none of this made any difference at all to the ultimate outcome of what was wrong with the banking system,” King said. “Whatever we did made no difference to the fact that in the autumn of 2008 the entire banking system failed. Although Northern Rock was a great story in the UK it was little more than a bubble on the boiling sea of the failure of the banking system crisis in 2008.”