Some miracles/predictions of Prophet Muhammad (PBUH)

In shaa'Allah this will be an informative thread !

Our Prophet knew the question before being asked !

Wabisah bin Ma'bad (May Allah be pleased with him) reported:

I went to Messenger of Allah and he asked me, "Have you come to inquire about piety (devoutness-birr)?"

“جئت تسأل عن البر‏؟‏​
I replied in the affirmative. Then he said, "Ask your heart regarding it. Piety is that which contents the soul and comforts the heart, and sin is that which causes doubts and perturbs the heart, even if people pronounce it lawful and give you verdicts on such matters again and again."

He foretold the openings of Arabia, Persia, Romans and Dajjal

* When the Roman Empire dissolved into Eastern and Western entities, the East became the Byzantine Empire while the West forged a new identity tied to the Latin Church. 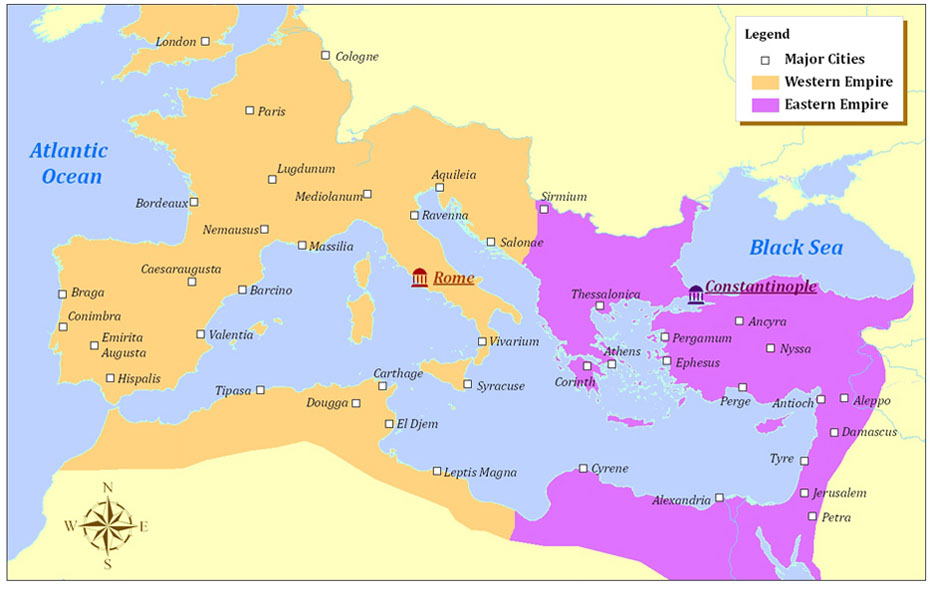 The coming of the caravan that had lost a camel !

After Al-Isra wa Al-Miraj, polytheists of Mecca denied the miracle and accused Prophet Muhammad of lying, he responded:


‏"‏ يَأْتِي عَلَيْكُمْ أُوَيْسُ بْنُ عَامِرٍ مَعَ أَمْدَادِ أَهْلِ الْيَمَنِ مِنْ مُرَادٍ ثُمَّ مِنْ قَرَنٍ كَانَ بِهِ بَرَصٌ فَبَرَأَ مِنْهُ إِلاَّ مَوْضِعَ دِرْهَمٍ لَهُ وَالِدَةٌ هُوَ بِهَا بَرٌّ لَوْ أَقْسَمَ عَلَى اللَّهِ لأَبَرَّهُ فَإِنِ اسْتَطَعْتَ أَنْ يَسْتَغْفِرَ لَكَ فَافْعَلْ ‏"‏​
"There would come to you Uwais b. Amir with the reinforcement from the people of Yemen. (He would be) from Qaran, (the branch) of Murad. He had been suffering from leprosy from which he was cured but for a spot of a dirham. His treatment with his mother would have been excellent. If he were to take an oath in the name of Allah, He would honour that. And if it is possible for you, then do ask him to beg forgiveness for you (from your Lord)."

When people from Yemen came to Medina, Umar used to ask them: "O people of the Yemen, is there anyone up there called Uwais?" (He continued finding him out) until he met Uwais and asked him to make Istighfar for him.
http://www.sunnah.org/history/Uwais_al_Qarani.htm

Sakandari said:
He foretold the openings of Arabia, Persia, Romans and Dajjal

* When the Roman Empire dissolved into Eastern and Western entities, the East became the Byzantine Empire while the West forged a new identity tied to the Latin Church.

If they were victorious over the romans then why do whites rule today? All the others the muslims defeated don't rule today, like the persians are gone and the disbelieving arabs died but the whites (who were romans) still rule today.

Opening of Constantinople before Rome:


Yaquub said:
If they were victorious over the romans then why do whites rule today? All the others the muslims defeated don't rule today, like the persians are gone and the disbelieving arabs died but the whites (who were romans) still rule today.
Click to expand...

As explained above, the Roman Empire dissolved into Eastern and Western entities, the East became the Byzantine Empire which is already conquered by Muslims including its capital: Constantinople. It was called اسلامبول Islambul, meaning the House of Islam. Later on the word was viciously twisted to become Istanbul .while the Western Empire forged a new identity tied to the Latin Church. In the year 732, Muslim armies reached the farthest extent of their penetration into northern Europe and after the Battle of Tours/Balat ash-Shuhada بلاط الشهداء, pulled back -temporarily- to the south. The Latin West stopped the Muslims and embarked on a counter offensive of its own. Muslims believe that Rome will eventually fall in the hands of Muslims.


People asked “which of the two cities will be conquered first – Constantinople or Rome?” and the Prophet (ﷺ) replied:

Martyrdom of Zaid, Ja`far and Ibn Rawaha
(Real-time description of the battle !)

The Prophet had informed the people about the death of Zaid, Ja`far and Ibn Rawaha before the news of their death reached them. He said with his eyes flowing with tears,

(Prophet Muhammad was in Madina during Mu'tah battle)

'Ali (Allah be pleased with him) said:
Allah's Messenger sent me and Zubair and Miqdad saying:

‏‏ ائْتُوا رَوْضَةَ خَاخٍ فَإِنَّ بِهَا ظَعِينَةً مَعَهَا كِتَابٌ فَخُذُوهُ مِنْهَا​
Go to the garden of, Khakh* and there you will find a woman riding a camel. She would be in possession of a letter, which you must get from her. ​
So we rushed on horses and when we met that woman, we asked her to deliver that letter to us.

She said: There is no letter with me.

We said: Either bring out that letter or we would take off your clothes.

She brought out that letter from (the plaited hair of) her head. We delivered that letter to Allah's Messenger in which Hatib b. Abu Balta'a had informed some people amongst the polytheists of Mecca about the affairs of Allah's Messenger (may peace be upon him).
Allah's Messenger (may peace be upon him) said: Hatib, what is this?
He said: Allah's messenger, do not be hasty in judging my intention. I was a person attached to the Quraish. Sufyan said: He was their ally but had no relationship with them. (Hatib further said): Those who are with you amongst the emigrants have blood-relationship with them (the Quraish) and thus they would protect their families. I wished that when I had no blood-relationship with them I should find some supporters from (amongst them) who would help my family. I have not done this because of any unbelief or apostasy and I have no liking for the unbelief after I have (accepted) Islam.
Thereupon Allah's Apostle said: You have told the truth.
'Umar said: Allah's Messenger, permit me to strike the neck of this hypocrite.
But he (the Holy Prophet) said:

And Allah, the Exalted and Glorious, revealed:" O you who believe, do not take My enemy and your enemy for friends"

Just to add on this a prediction about abu lahab has always been profound to me. Allah reveals in the quran “May the hands of Abu Lahab be ruined, and ruined is he. His wealth will not avail him or that which he gained. He will burn in a Fire of [blazing] flame.” [al-Masad 111: 1-3].

Abu lahab heard these verses but he was so arrogant he didn't even bother to convert to Islam to prove to the pagans that the word of Allah was wrong since he converted. He remained a kaffir and opposed the prophet peace be upon him until his death.

He knew that a strong wind would blow

We took part in the battle of Tabuk in the company of the Prophet and...........When we reached Tabuk, the Prophet said,

أما ، إنها ستهب الليلة ريح شديدة ، فلا يقومن أحد ، ومن كان معه بعير فليعقله
"There will be a strong wind tonight and so no one should stand and whoever has a camel, should fasten it." ​
So we fastened our camels. 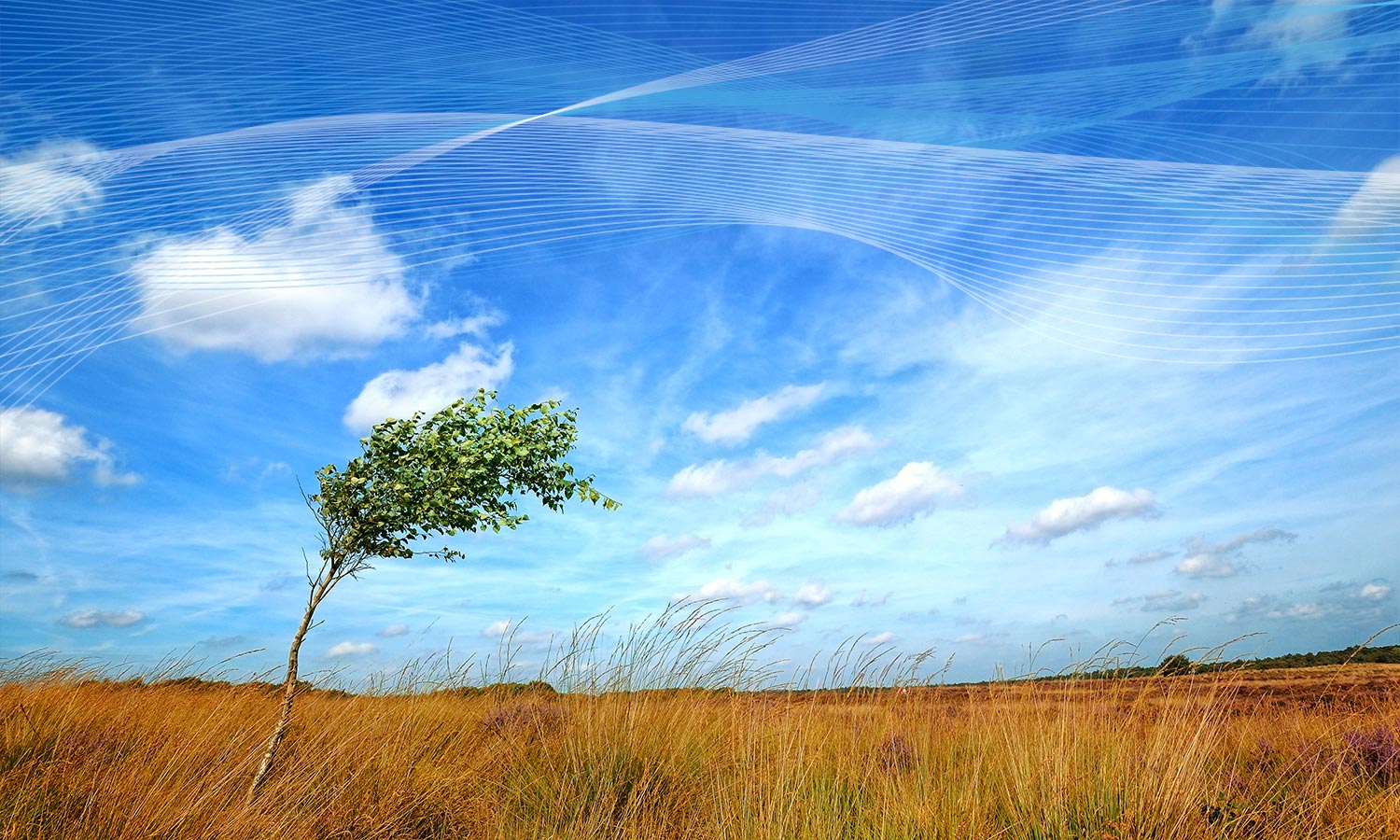 A strong wind blew at night and a man stood up and he was blown away to a mountain called Taiy,.

"
So here is the issue that needs to be clarified:Many people use the abbreviation “SAW,” “SAWS,” or “PBUH” to fulfill this obligation in their writing. Is this something that fulfills the obligation of sending the salaah and salaam on the Messenger? Let us look now to some of the statements of the scholars regarding this practice. The Permanent Committee of Scholars in Saudi Arabia headed by ‘Abdul-‘Azeez ibn ‘Abdillaah ibn Baaz issued the following verdict when asked about the validity of abbreviating the salaah on the Prophet (sallallaahu ‘alayhe wa sallam): “The Sunnah is to write the entire phrase “sallallaahu ‘alayhe wa sallam,” since it is a kind of supplication, and supplication is worship, (in one’s writing) just as it is in one’s speech. So to abbreviate it using the letter SAAD or the word SAAD-LAAM-‘AYN-MEEM is not a supplication nor is it worship, whether it occurs in speech or writing. For this reason, this abbreviation was not used by the the first three generations, those that the Prophet (sallallaahu ‘alayhe wa sallam) testified to their goodness.” [8] “SAAD” and “SAAD-LAAM-‘AYN-MEEM” are often used in some Arabic books. The English equivalents of these abbreviations would be: SAW, SAWS, SAAWS, PBUH, and the likes. Al-Fayrooz-Abaadee said, “It is not appropriate to use symbols or abbreviations to refer to salaah and salaam, as some of the lazy ones do, as well as some ignorant people and even some students of knowledge – they write ‘SAAD-LAAM-‘AYN-MEEM’ instead of writing ‘sallallaahu ‘alayhe wa sallam.'” [9] Ahmad Shaakir said, “It is the absurd tradition of some of the later generations that they abbreviate the writing of ‘sallallaahu ‘alayhe wa sallam.'” [10] Wasee Allaah ‘Abbaas said, “It is not permissible to abbreviate the salaams in general in one’s writing, just as it is not permissible to abbreviate the salaah and salaam on the Prophet (sallallaahu ‘alayhe wa sallam). It is also not permissible to abbreviate either of these in one’s speech.” [11] And Allaah knows best. May the most perfect and complete salaah and salaam be upon our beloved Messenger, and upon his noble family and companions."
FOOTNOTES [1]
written by Moosaa Richardson

Um Haram said, "Once the Prophet (ﷺ) slept in my house near to me and got up smiling. I said, 'What makes you smile?' He replied,


'Some of my followers who (i.e. in a dream) were presented to me sailing on this green sea like kings on thrones.'
​
I said, 'O Allah's Messenger (ﷺ)! Invoke Allah to make me one of them."

So the Prophet (ﷺ) invoked Allah for her and went to sleep again. He did the same (i.e. got up and told his dream) and Um Haran repeated her question and he gave the same reply. She said, "Invoke Allah to make me one of them." He said,


"You are among the first batch."​ 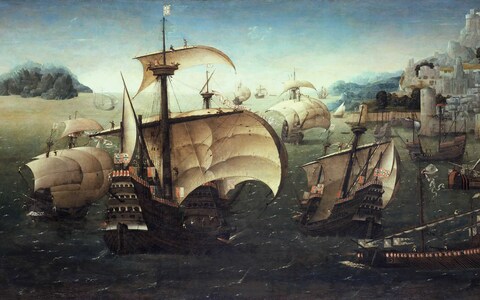 Later on it happened that she went out in the company of her husband 'Ubada bin As-Samit who went for Jihad and it was the first time the Muslims undertook a naval expedition led by Mu awiya. When the expedition came to an end and they were returning to Sham, a riding animal was presented to her to ride, but the animal let her fall and thus she died.