“We produce some of our items locally and import others from abroad. The items we produce are used in home and office decorations,” said Hamdi, whose business Haqabtire Home Décor opened in August.

She was among 35 unemployed degree holders who received a six months’ training on business development provided free of charge by SIMAD university’s Institute of Innovation, Tech and Entrepreneurship (IITE).

Hamdi, a SIMAD graduate, pitched her business idea to the public using Kaal Somalia, a SIMAD university-owned crowdfunding platform. IITE gave a small start-up donation and fundraising was open to the public for a month. Hamdi managed to raise $7,000.

“When you come up with an idea and get the financial support, life and that of people around youchanges for the better. It also becomes a source of employment forthe society. I encourage the youth with business ideas to come forward so that they turn their ideas into a successful business,” she said.

Helped by her cousin, Hamdi advertises her stock on Facebook and takes orders online.

She managed to save $3,000 and hopes to open a walk-in shop in Mogadishu in November, when her first shipment of imported goods from Dubai will arrive in the country.

“Once we open the shop, we will play a role in job creation by hiring employees. We will hire local unemployed Somali youth,” Hamdi said.

Maryama Mohamed Daleel, a qualified doctor,also took the training course and openedSom Healing and Mindful Service, aimingto bridge the gap in mental health services. She said she was moved by the lack of counselling centres catering for people suffering from illnesses like depression.

“I was moved when I came across a 2011 report by WHO saying one in every three Somalis suffers from mental health issues. Our people don’t know their mental health status, but many who are walking the streets are mentally ill,” said Maryama, who graduated from Banadir university in 2017.

Maryama offers her services online and has received more than 100 inquiries from clients wanting counselling. She offers free services to those who cannot afford the fees.
Her business pitch collected $858 on the crowdfunding platform to get it going.

“The money I received helped me with the things I needed for my start-up such as advertisements, opening a small counselling office and equipment. To get an investment for our business is very motivating, it gives us the independence to start and grow our business,” she said.

The head of innovation at IITE, Mohamed Okash, told Radio Ergo they aimed to make young people into employers instead of searching for jobs.

“Our local banks have a lot of requirements to get a loan. The money they give out as a loan is little. The fresh graduate who wants to start a business mostly doesn’t get a guarantor and the banks don’t trust them with money,” he said.

The youth employment project is being implemented in Nigeria and Mali as well as Somalia with financial support from several organisations. In the last two years, 480 Somali youth have been trained by IITE. 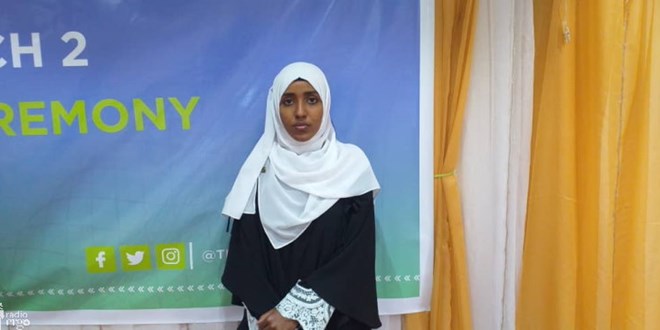 (ERGO) – After six years of fruitless job hunting, accounting graduate Hamdi Jama Warsame’s own small business selling home décor online is starting to take off. “We produce some of our items locally and import others from abroad. The items we produce are used in home and office decorations,”...

Let Them Eat Cake
VIP
"She said she was moved by the lack of counselling centres catering for people suffering from illnesses like depression."

Did someone tell her Somali Fobs do not get depression in Somalia? How ? With that scotching hot African Sun that produces vital Vitamin D?

Wellness center? Somali do not have a govt nor a middle class. Luxury industry or item is useless in Somalia.