So all my friends who married Western raised Somali women are..

VIP
Why is there such a high rate of divorce amongst young Somali couples? Simple: Because they don't and never loved each other. The fact that it takes just minor issues and disagreements, that could be resolved by just simply talking to each other and not being prideful and not being afraid of admitting they're wrong, they throw in the towl and call it quits. That speaks for itself. When there's no real love in the relationship, then there's no reason to work through the problems and issues at hand, and walking away seems the better, easier option.
For example, i know of this guy. He literally married some woman, he doesn't really love, so that he could be able to have sex halal. This is the mentality at hand.

Another thing thats part of the problem are the in-laws. Instead of them encouraging their son or daughter to be a good spous, and to have patient with their other half and work through the problems, they stir sh*t up. They'll talk about how the other person, is a terrible husband or wife, how they're married to an irresponsible immature person, possibly bring up clannist bullcrap, and other poisonous venom, to break up the marriage.

These are the reasons for high divorce rates amongst young Somali couples. It has nothing to do with wether or not, the woman was raised in the West or back home. And to say this is the reason why, is absolutely ridiculous.
A

Xalimos from the Vaterland can make good housewives but the silent moments kill, especially when you do not have much in common with them.

anonimo said:
Xalimos from the Vaterland can make good housewives but the silent moments kill, especially when you do not have much in common with them.
Click to expand...

Just view her as sex object in that case
A

FarahAbdi said:
Just view her as sex object in that case
Click to expand...

Sex gets boring. Also, a woman's sex appeal depreciates with time and babies.

Choose wisely son cos there is nothing worse than a trophy wife that has lost her spark.

Choose wisely son cos there is nothing worse than a trophy wife that has lost her spark.
Click to expand...

You are right in that regard.

embarassing said:
Then f off, and stop mentioning me. 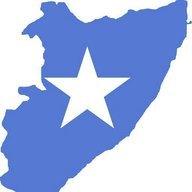 Wallahi its Funny How y'all halimos Say its The fathers fault the somali house hould and marriage crashes. In denmark its the Womens fault. Bc they do a doubled face game. They lie About The fathers and Calum they beat Them up and The kids. They got a face for the gov and one for the relatives and other people. They all claim the men beat them and that the fathers never supports the kids in their school life etc. I grew up in one of the most criminal areas in denmark (mjølnerparken). One of my childhood friend had Big family problems. He told me that his mother reguarly use to yell at the father for taking the kids to the mosque dugsi etc later on she had enough of him. And turned the kids on him. Except my friend who was 14 at the time. She told the police that the father beat her and the kids. Which was a lie. He lost custody over all The kids except for my friend. Wallahi was shocked. My mom use to be friend with hus Mother and other somali Mother in The block. So i asked her why she stopped seing her and the other eedos from the block. She told my how sick and messed up they were. Which confirmed my friends story. The father didnt Even stop seing The kids. He came by Their school sometimes to checke out on Them etc. But when The Mother found out She reported him to The Police. So he stopped seing his kids. The Funny Thing is The boy he has custody over One Goes to Uni. Meanwhile Some of The other kids are gang related and one og Them gaalo.
I noticed this "thing" started to Happen frequently in somali, arab and pakistani homes. Which leads me to the point that women are as bad as the men. If not worse. Bc they got brainwashed with that feminist bs