Sheikh Sharif on the front lines against AlShabab

I'm reading this book called 'Inside AlShabab', theres's a part that talks about how Sheikh Sharif was on the front lines. I always saw him as grifter (still is) but have gained a new found respect for him. Kinda long but here's a snippet:

....“I led a Somali force from the palace with three hundred new troops trained in Sudan. My mission was to capture the Bakara Market,” says General Abdullahi Anod, the head of government forces at Villa Somalia.

But it took his force three days to even reach the edge of the market, just two miles north of the palace. The drive amounted to nothing, and TFG casualties were steep: fifteen killed, sixty wounded, according to Anod. Among those killed was his deputy, Colonel Ahmed Doha, shot in the head by an Al-Shabaab sniper.

The frustration, or perhaps desperation, led the TFG and Sheikh Sharif to make some decisions that most outsiders would regard as dangerous, if not utterly foolish. On July 1, Sheikh Sharif visited a frontline area in northern Mogadishu to meet with the troops and, hopefully, inspire them to fight. The president came dressed for action, wearing brown military fatigues, a black flak jacket, and at one point, a strapped-on AK-47 rifle. Tempting fate, he climbed on top of an AMISOM tank, though he was cautious enough not to take part in actual fighting. He returned to the palace unharmed.14 Encouraged, TFG generals sent him out again the following month, this time in hopes of forcing AMISOM soldiers to move beyond their bases and the TFG sites they shielded. “We told the president that since AMISOM is mandated to protect him, he should go to the front lines,” says General Anod.

By “go,” Anod means “stay”—he wanted the president to base himself near the action. So Sheikh Sharif allowed himself to be placed in a bunker underneath the Jubba Hotel, a bombed-out, five-story structure located about a mile east of the palace, in the Shangani district. According to Anod, the strategy worked—Ugandan AU soldiers followed the president and helped the army clear out Islamist fighters from several nearby locations, including the former Police Transport Building. But the tactic nearly backfired. In mid-August, Al-Shabaab launched a heavy attack on the hotel. This time, according to former defense minister Fiqi, Sheikh Sharif took part in the fighting and was riding in a tank that fell into one of Al-Shabaab’s tank-swallowing trenches. “He was very close to being killed,” Fiqi says.

The president survived, Fiqi says, only because the army rushed more tanks to the scene and evacuated him before he was shot or taken captive. Such was the life of Somalia’s president in 2010. It was not Sheikh Sharif’s first brush with death by enemy means, and it would not be his last. The incident that would trigger the end of the stalemate happened not on the front lines or the palace, nor any of the Somali towns and villages where Al-Shabaab was tirelessly imposing its harsh version of Sharia. It occurred in Uganda’s capital, Kampala, on a hot July day where most people were focused on an event more than a thousand miles away from the wreckage of Somalia’s endless war.
Click to expand...

For some context the TFG back in 2010 was holed up in their palace and AMISOM wouldn't leave their base....ever lol. So Sharif literally had to go on the front lines to force AMISOM to clear some ground.

I have to say, I've always been frustrated by Somalia's progress but the government seems to have come a long way from those days..... 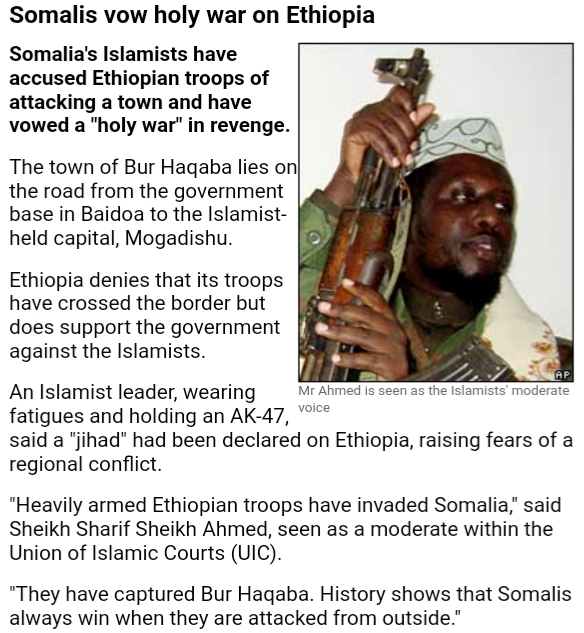 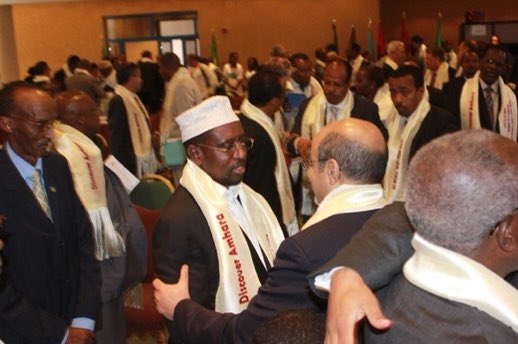 To be fair everybody loved meles. He is like that special ethiopian uncle that loves to hang out with somalis

mr steal your naag said:
To be fair everybody loved meles. He is like that special ethiopian uncle that loves to hang out with somalis

We created them, and now they have destroyed themselves