Seven Jewish Americans ​
Control Most US Media​
From John Whitley
11-21-3
From southern France, Christopher Jones summarizes and comments on a report on the assassination of President Kennedy. Need I stress that WAIS censors only direct attacks on other WAISers and grossly improper laguage.

Christopher says: "I glanced at the Kennedy assassination site and found this; it fits into our discussion of Hollywood stereotypes and the slavish behavior of the US press after the 9/11 tragedy and in the run up to the invasion of Iraq. In a quick rundown, the website recapitulates an old story that I heard back in the late sixties and early seventies in California: that Kennedy was liquidated by the mafia whose kingpin was Meyer Lansky (pal of Lucky Luciano). In fact, I could add a small tidbit which the author may or may not have covered: that Marilyn Monroe was murdered by the mafia as a warning to her lovers; Bobby and Jack Kennedy. The story of the Corsican hit squad was documented in a TV documentary in Europe. Of course it would be interesting to know more about Auguste Ricord and his collaboration wih the Gestapo and if he had anything to do with our old friend, Mandel Szkolnikoff.

"Today, seven Jewish Americans run the vast majority of US television networks, the printed press, the Hollywood movie industry, the book publishing industry, and the recording industry. Most of these industries are bundled into huge media conglomerates run by the following seven individuals:

Most of the larger independent newspapers are owned by Jewish interests as well. An example is media mogul is Samuel I. "Si" Newhouse, who owns two dozen daily newspapers from Staten Island to Oregon, plus the Sunday supplement Parade; the Conde Nast collection of magazines, including Vogue, The New Yorker, Vanity Fair, Allure, GQ, and Self; the publishing firms of Random House, Knopf, Crown, and Ballantine, among other imprints; and cable franchises with over one million subscribers."

I coul d add that Michael Eisner could depart Disney tomorrow but the company will remain in the hands of Shamrock Holdings, whose principal office is now located in Israel".

NEW YORK (Reuters) - Time Warner Inc. (TWX.N: Quote, Profile, Research) on Monday said it would sell its Warner Music business to a group led by media mogul Edgar Bronfman Jr. for $2.6 billion, in a move to trim the media group's debts and signaling a return of the former Seagram chairman to the music business.
The Bronfman group beat out a bid by EMI (EMI.L: Quote, Profile, Research) for the recorded music portion of the business for an estimated $1 billion.

By choosing the Bronfman bid, Time Warner is forsaking $250 million to $300 million in cost savings it could have realized by combining with EMI, home to such acts as The Beatles and Radiohead. Warner Music artists include Madonna, Led Zeppelin and R.E.M.

On the other hand, Time Warner is getting more cash up front by selling the entire business, which includes the music publishing company, and will have an easier path to regulatory approval. In the past, European and U.S. regulators have frowned on consolidation within the music business.

Bronfman's team, backed by some of America's biggest private equity houses including Thomas H. Lee Partners, is betting it can slash costs and turn Warner Music around ahead of a comeback in sales, a major challenge in an industry currently in decline.

Bronfman has had long ties to the music business, first as a songwriter for the likes of Dionne Warwick and Celine Dion, and later as head of Seagram when he bought entertainment group MCA from Japan's Matsushita for $5.7 billion. On his watch, the renamed Universal Music bought Polygram, creating the world's largest record company.

Bronfman merged his family's entertainment empire with France's Vivendi three years ago, only to see the family fortune disintegrate. When Vivendi put its entertainment assets on the block earlier this year, Bronfman led a group to buy the assets back but was ultimately outbid by NBC.

Hit by rampant piracy and competition from other entertainment such as video games, music sales are expected to fall for the fourth year in a row in 2004.

i cant hate on jews and their hard work
I

VIP
Jealous of Jew success/brotherhood/unity while you Somalis have two "international" airports in a clan divided city and while Muslims slaughter each other, Sunni vs Shia, Salafi vs Salafi, Fatah vs Hamas?

I don't care for the Jews but I love it when the Muslims always point out Jewish dominance. Jews focus on success, Muslims focus on cursing the Jew.

All Jews no matter where they are from can live in Israel with Israeli citizenship and are strongly urged to move there... its their constitutional right; Somalia citizens can't move to Somaliland, Syrian citizens can flee to Saudi Arabia, Pakistani long time residents of Dubai can't get PR. Oromo tahriibers are drugged and their kidneys taken away from Muslim Libyans

What a useless divided community. May they experience further humiliation and disunity.

Jeff Rense, who wrote that piece, is an American journalist and a dissident who opposes the intervention of US and Western elites in the affairs of Arab and Muslim lands. Here is the source: http://www.rense.com/general44/sevenjewishamericans.htm
I

We might as well the Nobel prize, "The Jew prize". We might as well call Hollywood "HollyJew". They have taken over the whole world. 10 million Jews control the world by the balls. 1.5 billion Muslims only are a nuisance to the world. The world would be a better place and more peaceful place without them. While the world would see less innovation and less medical breakthroughs and less entertainment and less of everything good without the Jew.
G

Who cares what homo boy who is dying with AIDS says about Muslims. The words of the filth of the filthiest won't dent nor stop the march of Islam! 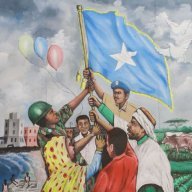 AJ,
Why are you so angry and hateful all the time. This topic is about Jews control of the media and you turning it into Islamo bashing.
G

Abdi Jews were persecuted for thousands of years, they're obviously gonna have stronger bonds than people who weren't. It's their time to shine now. And those 1.5 billion "nuisances" probably includes your mother so show a bit more respect.
C

Liibaan said:
AJ,
Why are you so angry and hateful all the time. This topic is about Jews control of the media and you turning it into Islamo bashing.
Click to expand...

VIP
I'm not angry. I enjoy this
and laugh at your divided people 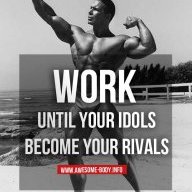 There is no irony in what I said, if that's what you're implying in this gif. Lol
I just find it that AJ is angry at us even though he ain't one us anymore.
N

People have come a long from being simpletons and gullibles who believe news, reports, propaganda, etc produced by those media outlets. Today, there are alternative and independent media that are more influential than those Jewish media outlets.