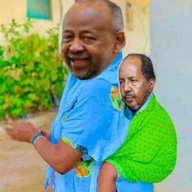 On the contrary, Qatar along with Turkey have been the main backers of a federal government pledging financial assistance for infrastructure and social development projects. After Qatar recently announced that it signed an agreement for construction of a new seaport in the town of Hobyo, under control of the federal government, Saudi Arabia, responded swiftly by recognised passports of autonomous Somaliland, adding the fuel on the fire in an already fragile state.
Click to expand... 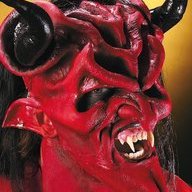 Ok, that's fine. I would just announce we are re-establishing diplomatic ties with Iran.

VIP
These port deals in the central region are very scary issues. It can escalate the conflict to the north, when the last thing we need in Somalia is an escalation of conflict. At first they're built for peaceful purposes like trade and then turn into weapon docking utilities. The war should be kept down south, why escalate it further when u know a similar response will be done by your opposing side.

The second Qatar sends heavy weaponry to GM at Hobyo, Saudi/UAE have an obligation to send the same to PL or else why the fuck are we friends and share nearly 300 years of relationship and share a red-sea location for the oil transportation routes? At least our friendship is based on historical trust of each other, where-as QATAR and Hawiye is just new alliance, they will abadon each other since theyre is no historical foundation to begin with they only friends becuz of anti-darodism interest of hawiye and qatar anti saudi interest. They're friends not on helping each other in the past, but cuz they're enemies are the same locally or abroad. A friendship on mutual enemy is the worst. Isaaq/HG tried that and look at where it took them? it just breaks down those sorts of relationship.

The day PL abandons the gulf is the day I will be shocked. Most of our history our people fled to Arabia and established themselves there from refugee status to now big names in business and politics. When droughts would occur in the GULF, PL would send livestock to help alleviate it. We have historical relationship and the saudis/uae have relationship with America which means we need to get along with the Americans also since they're apart of this partnership.

The reason u can tell the GULF trusts PL, they don't need a base there like Mogadishu, no-one trusts Mogadishu niyahow, they just change colonial rule one day it's italians, then egypt, now it's qatar. Tomorow it could be IRAN like you just said now. A Base is put in Berbera cause they can't be TRUSTED by the UAE. They don't have a historical pattern to show they don't change they're word or switch sides when the grass looks greener elsewhere. If the Gulf dies, PL will die with it this is the sort of relationship they r talking about in foreign policy, ma gasho 'dantayda iguma jiro' iyo waxasi which is short term interests.

Ma jiro 'historical' friendships to preserve. Once u have a history, it's paramount u protect it, but since hawiye is basically no history, he preserves nothing, he will be sold to the highest bidder when they come around
Last edited: Sep 22, 2019

VIP
Darods didn't bring THE GULF involved, the Hawiye did who escalated the conflict after realizing Tigray is very pro-darod for historical reasons. They then switched Kastumo to Egypt which caused the whole national talks to collapse in 97 with the election of two hawiye leaders president/pm. Then they selected DJIBOUTI which came up with this tribal quota nonsense which we accepted even though it's not REALITY but it was better then nothing was our reason.

Now they are in Qatar who is looking for friends to destabilize Saudi arabia, who picks them up? good ole hawiye, typical fkn hawiye, no history ma jiro soo kuma oran? waa sida gypsy oo kale oo malin walbo radinayo sxb cusub for his hawiye interest. Darod never asked the gulf to come into our conflict, we kept them away the DUBAI/SAUDI saying it's still localized matter between us and hasn't left the east african region in terms of players.

VIP
Fuck Turkey, they used Turkey to open up the gates into Somalia thru 'humanitarian' aid nonsense. Turkey has a base in Qatar, this is a bad message to Saudi/UAE on Turkey geopolitical interest. The day we invited them TURKS is the day the ARAB WAR IN SOMALIA BEGAN. Qatar made it's move, Dubai followed.

Tigray is SXB for life with DAROD. It's beyond arimo xaduudeed ama arimo ganacsi ama arimo amni. Then we have short term friendship without jeopardising our traditional friends like gulf who we share alot of history and a common red sea security interest.

But for the world to even trust you, this requires TARIKH and knowing the importance of history, any clan with no respect of his own history, u think they will respect foreign friendship history? hence hawiye is a bad candidate for somalia politics. HG denies keenadiid history, u think they won't deny any friendship they make today? keep playing your games hawiye, u just holding yourselves back. Horta barta saxib qarniyaal ba jira iyo SXB manta dano idin isku keentay labadu iskumid ma aha, so never go to countries with darod history there. U scored lucky with Turkey/Qatar but how long before they realize your not worth the investment and abadon u as short term interest friend, ileen tarikh idin ma dhaxayso thats why u do with short term interest friends.

Hawiye couldn't develop long traditional friendship because they lacked governance in history, so they're starting now or anything from 1960 to 1991 which was very short lived beyond aden adde and even then the party he was in was created by DAROD.
Last edited: Sep 22, 2019 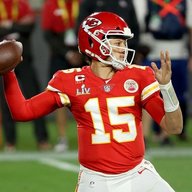 VIP
Carabs playing their games with us, it'd be nice if Iran took them all out.

Ain’t stopping till we chilling at the top

VIP
Dr you are hilarious.

When you were reading your notes or whatever you must of forgot the fact that we’ve been calm with the Turks(Ottomans) for centuries.

When you were reading your notes or whatever you must of forgot the fact that we’ve been calm with the Turks(Ottomans) for centuries.
Click to expand...

When in the world did u have foreign friendships? you didn't even have a mamul for fuck sakes. Ajuuran was the last one and they're dead today, what historical relationship did u have with the TURKS? nothing kabut. Coastal area of Hamar was arab to begin with, are u teaching turks nonsense about historical relationship. Hawiye was a primitive clan living grazing on nomadic areas, they had not even a single ISIM. They didn't reach the stage of clan stability let alone governance. That's why all hawiyes have green lines like duduble with murusade in elbur, hg with other hg, abgal warkeeda daa like wacaysle. You don't even have clan organization, how are u going to develop historical state with organization like this? motherfucker gibberish weliga dheh kuma hadashid inaad cawaan tihin weligina look at your hamar today looks no different to italian colonialism with turks replacing them and amisom doing your security, fuck outta here waryaa WAX RUN BA LAGU HADLA MARKAD RAGGA LA FARISITID NAG YAHOW
You must log in or register to reply here.
Share:
Facebook Twitter Reddit Pinterest Tumblr WhatsApp Email Link