Sam of somalia the chad shows how easy it is to get married... by just talking somali

Shimbiris said:
Nah, I've literally spent entire threads arguing against Bantus being native to Koonfur (which is true, they're not native to it) :

I even spent pages and am still working on several new and detailed posts over at the Somali Dhow thread debunking a Bantu guy who tried to lie about Somalis and pretend we were not historically a seafaring people and that only Bajunis had seaworthy ships (rofl). I am a through and through purebred Geeljire of the reer Dishiishe from Boosaaso with an MJ hooyo.

I'm just not a coon for cadaans or think they're anything special or care for the idea of being related to them. The only people I feel any kinship toward are the ethnic minorities in Somalia (as they're Somali admixed and culturally influenced), other Horners, Sudanis (north and south), Yemenis, Khaleejis, Southeast African groups with Horner influences and cultural connections like the Tutsi and the Maasai, and Masris. Anybody else is pushing it.
Click to expand...

so you argue against bantus, but are feel kinship to the "ethnic minorities" in somalia?

Seems like you just want to accept reer xamar types because they are lightskin. Both them and the bantu are not ethncially somali, why reject one but accept the other?
and you claim your not a coon for cadaans. i feel no kinship for non somali

ReerAwCabdalle said:
Stop hating on the brother he’s wife is disabled and deaf they communicate through sign language , you were never going to marry that girl stop putting him down
Click to expand...

Bundasliga said:
This is not about him or his wife rather than the thirsty people in the comments

Btw I know this guy for years & knew he married a deaf person mashallah thats very noble
Click to expand...

She's disabled? How do they know?

Angelina said:
She's disabled? How do they know?
Click to expand...

His wife is deaf , they communicate through sign language ,but he still learns somali . They even helping deaf people back home to learn sign language.

Natufians are, as far as I can see, a mixture between North-African types like Iberomaurusians and Anatolian HGs. Our earliest MENA ancestors indeed would have probably been something along this spectrum and closely related to Natufians though probably more Anatolian admixed as they would have likely had Levantine Neolithic (extra Anatolian admixed) ancestry.

Then another strain of admixture came to the Horn either in two waves or in one. Once from Nubia and carried with it Bronze-Age Egyptian ancestry and then another time from Iron-Age Yemen around 2,500-3,000 years ago, or just once altogether from Yemen and that would have carried significant Iran-Chalcolithic ancestry but still mostly been Natufian-like. Both mid to late Bronze-Age Egyptians and Iron-Age Yemenis would have been very genetically similar. Main difference being that the Yemenis would have more Iran-Neolithic whereas the Egyptians would have had more Anatolian Neolithic.

These components probably confuse you so I'll try to explain them:


Our earliest Egyptian ancestors would have likely been:

Very similar to the above + lots of Iran-Chalcolithic.


Hope that makes sense. We'll know more in detail when we get more ancient DNA from Egypt, Sudan, the Horn and Arabia.


Angelina said:
Also, when did Cushitic people come into existence, well before the ancient Egyptians or were they still forming during the earlier Ancient Kingdoms?
Click to expand...

Well before. Proto-Cushitic dates to earlier than 8,500ybp when we already have evidence of a split between North-Cushitic and Proto-Agaw-East-South. 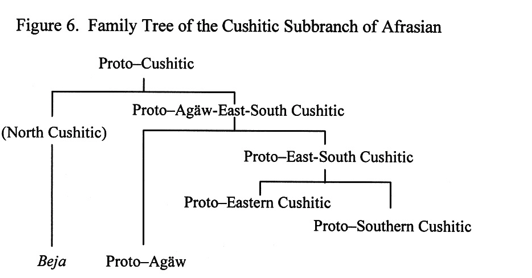 As a linguistic group we formed before even 7000 BCE. About 4,000 years before even the start Old Dynastic Egypt which predates the formation of the Old Kingdom by half a millennia. We can't know for sure that the admixture had happened the same time Cushites linguistically and culturally formed as a people but it's pretty likely in my humble opinion and that it maybe happened over-time eversince until our ancestors first began to leave for the Horn from Sudan around 3000 BCE.

dog said:
so you argue against bantus, but are feel kinship to the "ethnic minorities" in somalia?

Seems like you just want to accept reer xamar types because they are lightskin. Both them and the bantu are not ethncially somali, why reject one but accept the other?
and you claim your not a coon for cadaans. i feel no kinship for non somali

Wallahi, how did I know you'd hone in on the ethnic minorities bit?

Nothing else bothered you but that. And no, I accept both reer Madoweyne and Gibil-Cad reer Banaadir. Both groups seem to have significant Somali admixture and cultural influences, the latter more than the former. So yes, I feel some kinship toward them that I would not feel toward a Nigerian or a Norwegian or a Korean. I can admit Bantus are not native to Somalia and not ethnic Somalis without being hateful toward them and acknowledging this. What have reer Madoweyne ever done to you, waryaa? Stop adopting neurotic cadaan Nazi views. They're mostly just miskiin people who do the menial work back home ethnic Somalis don't want to do and all the brouhaha about them being HUGE in number is just that; brouhaha. They're a minority and always will be.

Most people are attracted to their own, however, the economic and political realities of the world benefit white people the most; this would all be a non issue if our Nations were as stable, advanced and as wealthy as Western Nations.
Click to expand...

Anyone with a brain will accept this blackpill all colonized races women except for a few will go for the coloniser if given opportunity. Hypergamy and all.

Neero said:
DNA Somalis Claim We Are From Everywhere They Even Had The Cheek To Say We And The Nilotic Have The Same Ancentry

The Genetics shitt will end that we originate from multiple danyeers, which is clearly against our deen and arabic heritage.

Hamzza said:
The Genetics shitt will end that we originate from multiple danyeers, which is clearly against our deen and arabic heritage.
Click to expand...

Angelina said:
You're literally the least coon or biased poster here. You're straight smart and intelligent and simply here for the facts!
Click to expand...

The nigga didn't mention anything about the West Africans........

dog said:
View attachment 224210
we are hamitic people from an influx of asiatic blood alhamdulilah for white genes

Shimbiris said:
Somalis are more SSA than we are West-Eurasian. The actual exact Eurasian:SSA scores are 40:60 or 38:62. MENA:SSA is 45:55 as our MENA ancestors had SSA roots themselves. We're more "Black" than we are "Brown". And the MENAs we are descended from are literally the most distant ones from white people. Egyptians and Arabians. And the Egyptians we descend from would have been ones even more "North-African" and less Iran-Chalcolithic admixed than the current ones who even have very minor steppe admixture our ancestors would have lacked.
Click to expand...

Our SSA is also partly Eurasian related Dinka is around 15% Eurasian, they carry less Neanderthal than Yoruba so its probably something Basal Eurasian like but its there, they also shift a tiny bit towards Eurasians in PCA, relative to West Africans.


Shimbiris said:
Even the most Eurasian groups in the Horn like Tigres are below 55% Eurasian. Most Cushitic and Ethiosemitic ethnic groups are in the 40-50% range.
Click to expand...

North Ethio-Semitic speakers are generally 36-38% Dinka, 3-5% Mota, so SSA ancestry is in the low 40s, which is what most studies say, that they're around 60% Eurasian which is a pretty consistent figure, even without the Eurasian ancestry in SSA accounted for I haven't seen 45%+ SSA in any papers from the past few years, most cluster analyses' show 55-65% Eurasian related ancestry for North Ethio Semites, Somalis are usually 45%
You must log in or register to reply here.
Share:
Facebook Twitter Reddit Pinterest Tumblr WhatsApp Email Share Link