Saahid Qamaan said:
Mokillem I feel you many of the recent killed were of your family we are all kin. I know where the blame lies it is neptoism, corruption, carelessness and total incompetence at the helm of the leadership. Their joke committee for the recent slaughter can not be even taken seriously. There is no accountinility only lip service,
Click to expand...

You can quote me by tapping the quote button on my screen.

The only way Puntland will prosper is to bring in accountability and democracy. 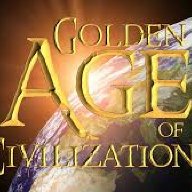 Duke of Bohol they infitrated the troops. It is poor leadership and shabaab buying out and infiltrating the army as the soldiers are not paid and fed. The sickness of Mogadishu and south Somalia has arrived in Galgala and Af-Urur. This happens when you do not give a damn and only are interested in ripping people off and stagnating crippling the economy by printing fake money.

Mogadishu and the south are in the state they are because of corruption it caught up in Galgala.

Mokillem I got you and whole-heartedly agree.

The explosions hit Af-Urur, 100 kilometres south of the city of Bosaso.

Af-Urur is near the Galgala hills, an area controlled by al-Shabaab Islamists who have attacked and captured the town several times and in June killed 38 people there.

"A bomb planted near the khat market of Af-Urur exploded," Major Mohamed Ismail, a Puntland military officer, told Reuters. "So far 12 people including civilians and soldiers have died."

The attack coincided with Eid al-Adha, a Muslim holiday.

A-Shabaab, which is linked to al-Qaeda and wants to impose strict Islamic law, claimed responsibility.

"We are behind the attack in Af-Urur village. We killed five soldiers and injured 10 others," al-Shabaab's military operations spokesman Sheikh Abdiasis Abu Musab told Reuters.
A

The al-Shabab Takfiri terrorist group has claimed responsibility for a bomb attack that killed 12 people, including five soldiers, in Somalia's semi-desert Puntland region.
Click to expand...

AUN to the dead